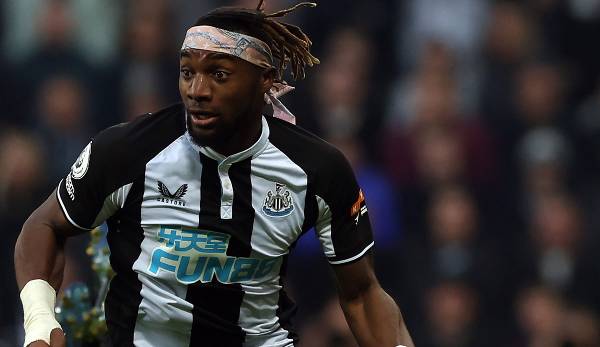 In the third part of the exclusive interview, Allan Saint-Maximin talks about his role models, the luxury headband as a trademark and his high IQ.

After an unsuccessful season at Hannover 96, Allan Saint-Maximin got his career back on track in France. In 2019 he moved from OGC Nice to Newcastle United for 18 million euros and is one of the top performers there.

In the third part of the exclusive interview with SPOX and GOAL, the 25-year-old talks about his role models, luxury headbands as a trademark and the advantages of his above-average intelligence quotient.

… his way to becoming a gifted dribbler and corresponding role models: I grew into this role. Dribbling has always been my passion – whether in futsal or between the furniture when I was five years old. The ball was always at my side, I loved having it at my foot. I particularly liked Brazilian players like Ronaldinho or Robinho, but France also had fine footballers like [Zinedine] Zidane. They inspired me, because of them I always wanted to dribble. When you start playing football at the age of four, train for ten or 15 years and make sure to practice with both feet, it is inevitable that you will develop a certain quality on the ball. But being able to play opponents with it is not granted to everyone. It’s actually very difficult, but I love challenges like this.

…his own style of play: I’m a risk-loving, hard-to-read gamer. The opponent never knows if I’m passing left or right because I’m good at dribbling with both feet. On the other hand, I’m primarily a player who thinks more about his team-mates than about himself. A lot of people think that strong dribblers are selfish, but if you look at my stats, I often help my colleagues with assists or dangerous passes. I want to create space for my team-mates and at the same time put myself in good positions so that I can stage them. Of course, that doesn’t always work and spectators will certainly remember the ball losses more often. But my team-mates and people who really understand football know that I think very much for the team.

was. Also, there are great tennis players like [Rafael] Nadal and [Roger] Federer wearing one. My rasta braids are related to the headband, because with a bald head, for example, it would certainly not look optimal either.

… family and his brother, who also acts as a consultant: Family means everything to me, they have always been there for me. Unlike some people in the football world, family members don’t just look at the financial or sporting achievements, they love me as a person more than anything and so their opinion is very important to me. Family comes first. If I were just an average soccer player, outsiders wouldn’t give a damn about me either.