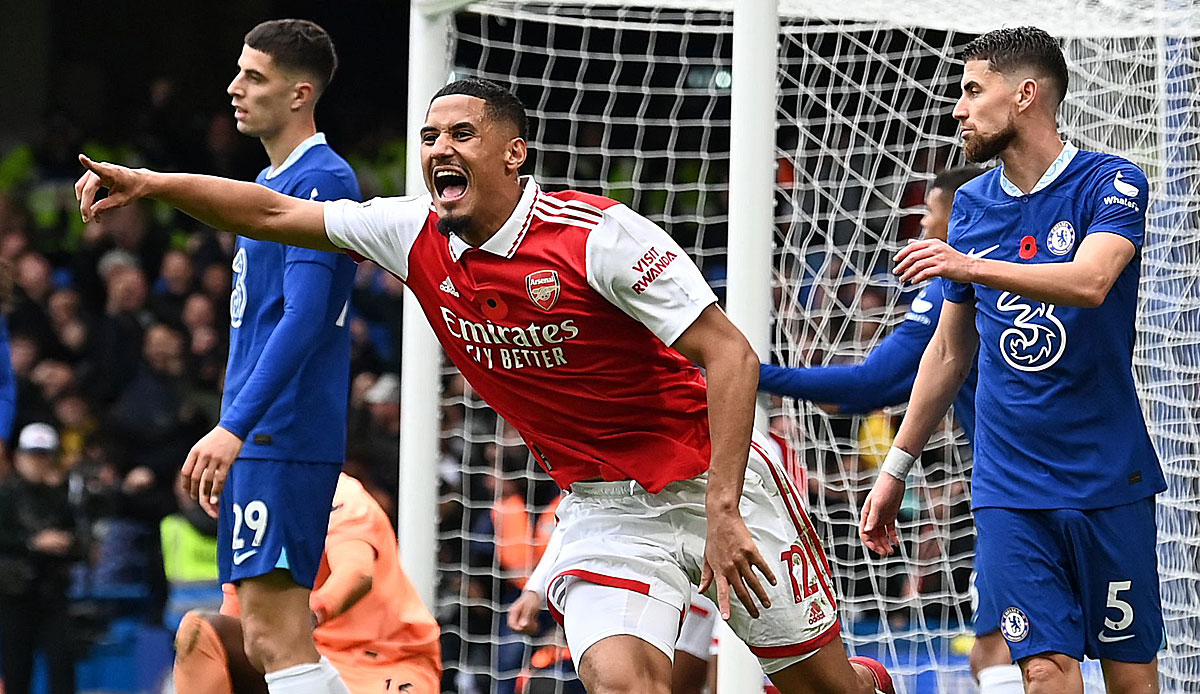 Arsenal have regained the top spot in the Premier League after first topping Manchester City on Saturday.

The Gunners made it 1-0 (0-0) at Chelsea in the London derby on Sunday with international Kai Havertz. Gabriel (63rd) scored the winning goal for the gunners.

Havertz was anything but uninvolved in the goal conceded. The 23-year-old hit the ball after a corner, Gabriel then took the chance.

Arsenal have 34 points and are two points ahead of Man City. On Saturday, the Citizens prevailed 2-1 (1-1) against FC Fulham thanks to the late winning goal by ex-Dortmunder Erling Haaland with a penalty kick and took first place for a day.