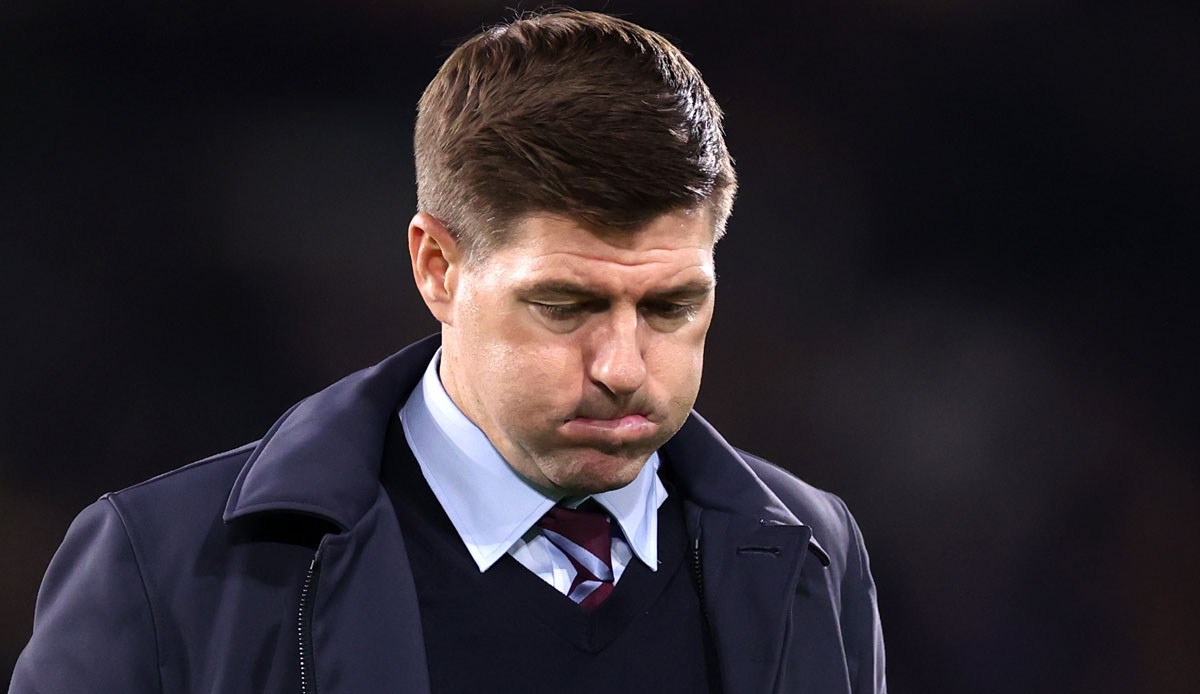 Premier League club Aston Villa has reacted to the weak start to the season and fired team manager Steven Gerrard.

“We thank Steven for his hard work and commitment and wish him all the best for the future,” the club wrote just a few hours after the 0:3 (0:1) defeat at Fulham.

Liverpool legend Gerrard took over as manager at Aston Villa in November last year. The Birmingham club is 17th in the table this season with just nine points from eleven games.

In the parallel game, Leeds United also suffered a bitter defeat. In the 2-0 draw against Leicester City, national player Robin Koch had put his club behind early with an own goal.

With the win, the Foxes climbed to the penultimate place in the table with eight points and gave up the Red Lantern to newly promoted Nottingham Forest. Leeds are 16th with nine points.