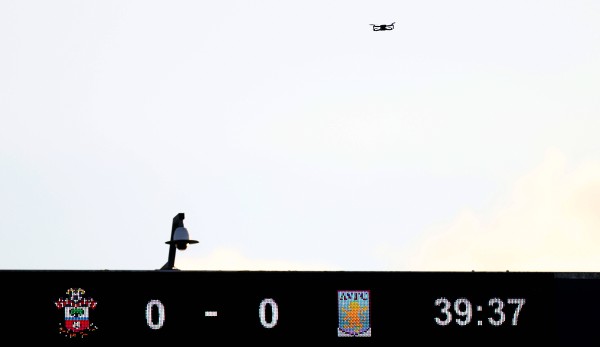 The game between Southampton and Aston Villa in the Premier League was interrupted for a few minutes because of a drone. Referee Michael Salisbury had decided to send players from both sides into the dressing rooms just before half-time.

Aston Villa was about to take a free-kick when referees spotted the drone over St Mary’s.

The game was then interrupted for nine minutes before being released again. Shortly thereafter, the two teams said goodbye at the break at 0-0.