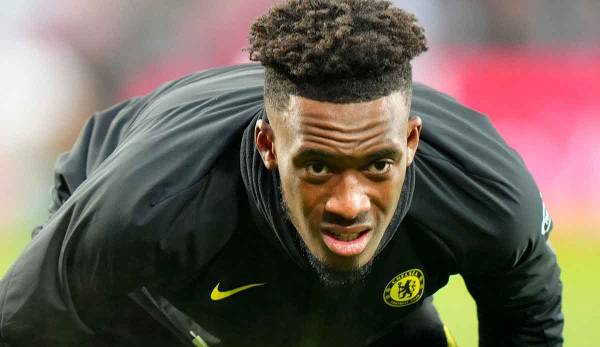 Bayern Munich’s long-time dream player Callum Hudson-Odoi is still waiting for his big breakthrough at Chelsea. What went wrong so far? And what’s next for the 21-year-old?

When Karl-Heinz Rummenigge starts talking, it tends to be Latin or French and sometimes also romantic, like at the beginning of February 2020. It was important to review a winter transfer phase without a new signing.

“The only thing Hasan would have liked to have done was this Chelsea player because he almost fell in love with this player in terms of quality,” said Rummenigge. That Chelsea player was Callum Hudson-Odoi. As we know today: possibly the longest transfer goal in club history.

Sports director Hasan Salihamidzic put Rummenigge’s statement into perspective by assuring: “The only one I’m in love with is my wife.” But he was also “very, very convinced of the qualities that this player brings with him. He has a finesse that we need to play good, successful and sometimes spectacular football.”

Salihamidzic separated from his then wife Esther Copado this spring, but the lively winger Hudson-Odoi should still be his focus. After a transfer failed in January 2019, Salihamidzic tried again in October 2020. Recently reported the tzthat Hudson-Odoi is still on Bayern Munich’s list to this day, although he’s still waiting for his big break.

When Salihamidzic became aware of Hudson-Odoi in autumn 2018, the then 18-year-old had just played his first competitive games. In the long term, however, he saw greater chances at FC Bayern, where the contracts of the aging Arjen Robben and Franck Ribery expired and a wing reorientation was imminent. Hudson-Odoi turned down Chelsea’s offer for a contract extension and pushed for a move to Munich.

However, the 40 million euros allegedly offered by FC Bayern were not enough for Chelsea, so he had to stay. Hudson-Odoi made regular appearances in the second half of the season before tearing his Achilles tendon. He missed the summer preparations, but meanwhile extended his contract until 2024.

Coach Frank Lampard had convinced him of a future at Chelsea. “I think he’s going to be a real world-class player,” the club icon flattered him. With an alleged weekly salary of around 167,000 euros, the homegrown rose to the top earner without many assignments. After his recovery, he usually only came off the bench, but in the meantime he was injured again for weeks.

When FC Bayern panicked for reinforcements in the following fall of 2020, Hudson-Odoi came back into focus. Once again, Bayern refused Chelsea’s conditions: Chelsea asked for a loan picture according to penalties for too few bets and a purchase obligation of 77 million euros from a certain number of games.

In the 2020/21 season, too, Hudson-Odoi commuted between the starting XI, bench and rehabilitation center. He was not used in the decisive knockout games on the way to the Champions League title. New coach Thomas Tuchel has repeatedly praised Hudson-Odoi for his talent but at the same time wondered about his untapped potential.

“Guys with as much quality as him sometimes hear a little too often how good they are. But you also have to prove it,” said Tuchel. In a game against FC Southampton, Tuchel Hudson-Odoi came on at half-time – and half an hour later. “Attitude, energy and counter-pressing” would have displeased him.

Again and again Hudson-Odoi had to fill the unloved role as a right-hand rail player in Tuchel’s 3-4-2-1 system, preferring to play the right foot on the left wing or as one of the two tens. He has not been called up to the English national team since autumn 2019.

The question is becoming ever more pressing: when will the big breakthrough finally come? “The only one who can answer that is Callum,” said Tuchel last fall at the press conference before a game against bottom-placed Norwich City, where Hudson-Odoi was in prospect of a starting XI place. “Will that be the turning point? He has to prove it. He has to play the next 250 games at the highest level, then it was the turning point. But is it a turning point if he has an outstanding game tomorrow? No.”

He did, in fact, score one goal against Norwich and started most of the games that followed. Despite decent performances, his effectiveness still left a lot to be desired. To date, Hudson-Odoi has only four goals and 12 assists in 72 Premier League games.

Since the beginning of March, there hasn’t been a scorer point because he missed large parts of the second half of the season due to various health problems. The Achilles tendon hurt again, he also suffered from the consequences of a corona infection and then there was this “funny story”, as Hudson-Odoi recently told the club’s website in an interview: “I have a nerve in my back pinched. It radiated through my whole body. I didn’t have any real strength in my legs. I couldn’t even pass the ball ten yards.”

In order to get fit as quickly as possible, Hudson-Odoi only took a week’s vacation this summer. The rest of the time he toiled away at the Cobham training ground. “My Achilles tendon and my back are strong again, everything is perfect,” says Hudson-Odoi. “I built more muscle mass to get bigger. When opponents attack me, I’m strong enough to block them.”

It is still unclear for whom the now 21-year-old will block opponents in the coming season. Chelsea are on the verge of signing another attacking player in Manchester City’s Raheem Sterling who will intensify competition. Timo Werner, Christian Pulisic, Hakim Ziyech, Mason Mount and Kai Havertz are also fighting for game shares in the offensive area.

A number of Premier League clubs are said to be vying for Hudson-Odoi, above all the nouveau riche Newcastle United. FC Bayern currently has no need for a new winger, but that could change if Serge Gnabry were to leave.

“In the past we have often had transfers that didn’t work in the first step, but then in the second,” said Rummenigge in his romantic speech three and a half years ago. For example: Sadio Mane, who moved to Munich eight years after the first approach at the end of the day.