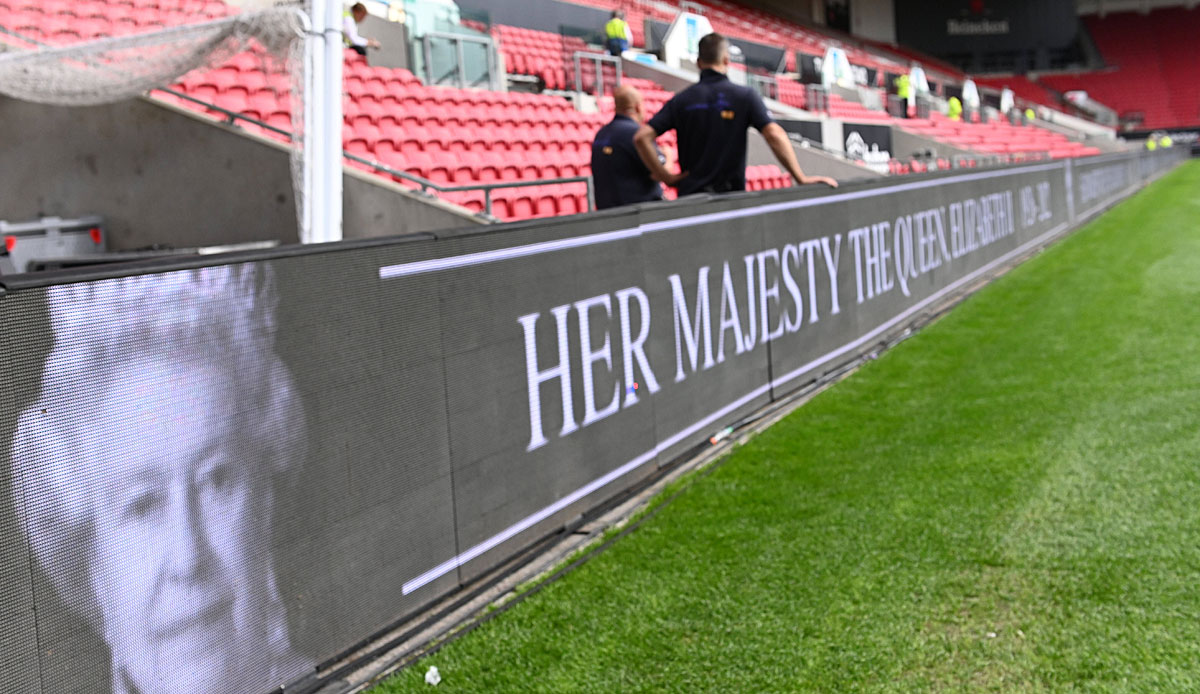 Manchester United, Liverpool, Arsenal and Chelsea face chaotic weeks as the season unfolds following the death of Queen Elizabeth II as canceled games have to be slotted into already tight schedules.

Two games were canceled at each of the four clubs mentioned as a result of the events. The upcoming World Cup in Qatar (November 20th to December 18th) and the associated league break of more than a month does not help much when planning the catch-up games. If these games are all to be made up for before the World Cup, some compromises will probably have to be made.

Premier League: what are the options?

The English Football Association FA is considering abolishing replays in the third and fourth rounds of the FA Cup, as has been the case for the past two seasons due to the Corona suspension.

Whilst this would help avoid another deficit after Christmas, the World Cup in the midst of a season in progress means that the top clubs already have very little room for maneuver should unforeseen cancellations occur.

As a mark of respect, all Premier League and EFL games were canceled last weekend. However, this decision provoked strong reactions in some circles, especially since other sporting events were taking place.

The situation for United, Liverpool, Arsenal and Chelsea has been further complicated by new postponements this week.

Arsenal’s Europa League game against PSV Eindhoven, which was due to take place on Thursday, will now not go ahead because “police resources are severely limited and there are organizational problems related to the ongoing national funeral ceremonies for Her Majesty Queen Elizabeth II gives,” UEFA confirmed this week.

Manchester United’s game against Leeds, scheduled for Sunday, has also been canceled as Greater Manchester Police are assisting emergency services across the UK at sites and events of major importance in connection with the death of Queen Elizabeth II.

Chelsea were due to play Liverpool at Stamford Bridge on Sunday but the game was also postponed.

Brighton’s game against Crystal Palace has also been cancelled, but with neither club participating in European competition the impact on the schedule will be less severe.

Premier League: what do those responsible say?

Premier League: “After extensive consultations with the clubs, police, local safety advisory groups and other relevant authorities, there was no other option but to postpone the three games. The Premier League would like to thank the UK Football Policing Unit and other police forces across the country, as well as our Thank you to our broadcast partners for their support throughout this process and will remain in touch with them ahead of the weekend Matches taking place during national mourning will see Premier League stadiums hold tributes to the Queen New dates for the postponed matches will be announced announced in due course.”

Manchester United: “The club reiterates that the safety of our fans is paramount and after considering all available options, we support the decision taken in collaboration with the relevant authorities. We are aware of the disappointment and inconvenience this may cause , and thank you for your understanding and continued support.”