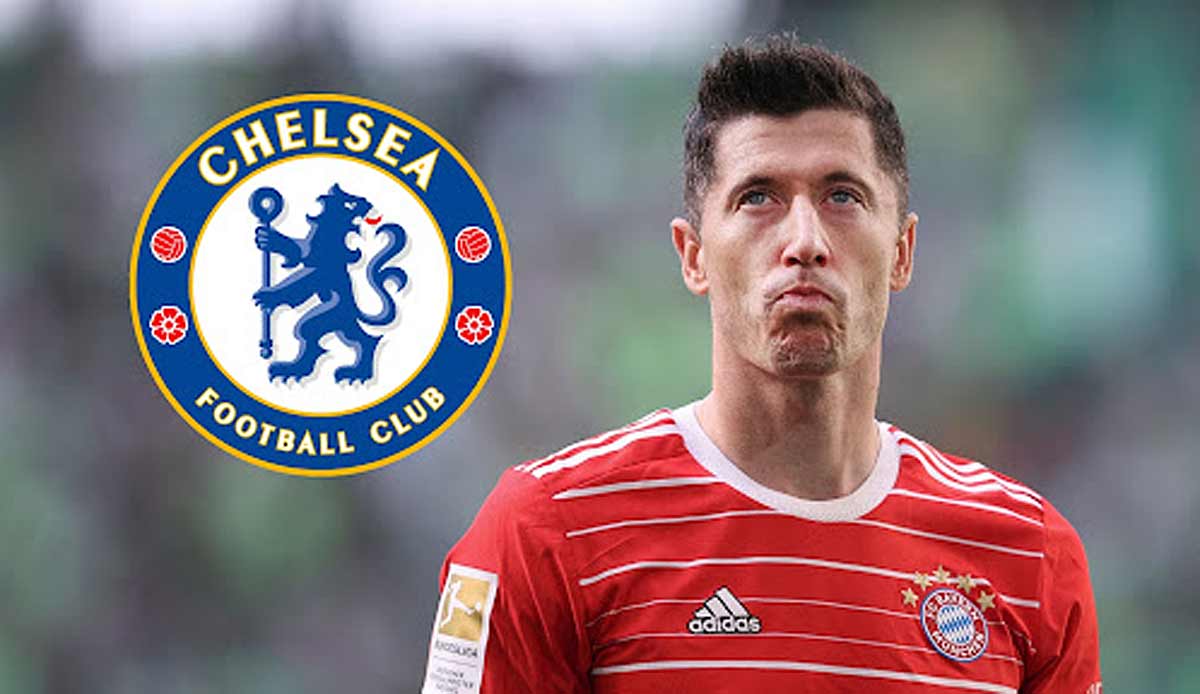 Chelsea are considering signing Robert Lewandowski. According to information from SPOX and GOAL Those responsible at the Blues are following the situation of the Bayern star who is willing to change very closely and an offer for Lewandowski could follow.

The admiration for the Polish goalscorer is traditionally great in the Blues’ executive suite. Chelsea have tried to sign Lewandowski three times in the past – each time without success. Officially, squad planning is currently at a standstill due to the sanctions against Roman Abramovich, who still owns the club. As soon as the takeover by billionaire Todd Boehly is fixed, things should start so as not to lose even more ground to the busy other top clubs in Europe.

Chelsea also want to up the ante in the coming season. The center has been a problem area since Diego Costa left in 2018. Since then, none of the expensive attackers has been able to convince in the long term. Not even Romelu Lukaku, who was signed by Inter for more than 120 million euros before this season.

The Belgian, who is curiously being traded as Lewy’s successor at Bayern Munich, should SPOX and GOAL because of his enormous salary of 20 million euros per year, however, in order to be able to handle a transfer from Lewandowski. Concrete talks about a Lukaku departure have not yet been held.

It has been known for the past few days that Robert Lewandowski wants to leave FCB. The 33-year-old does not want to extend his contract, which expires in 2023, and he has already informed the club bosses of this. However, President Herbert Hainer and CEO Oliver Kahn insist that the striker fulfill his contract and not change for a fee this summer.

So far, FC Barcelona has been Lewandowski’s dream destination. A lucrative three-year contract awaits him there. However, economic concerns continue to plague the Catalans. This, coupled with the interest of other clubs such as Chelsea, should not lead to a quick end to the poker for Lewandowski’s future.