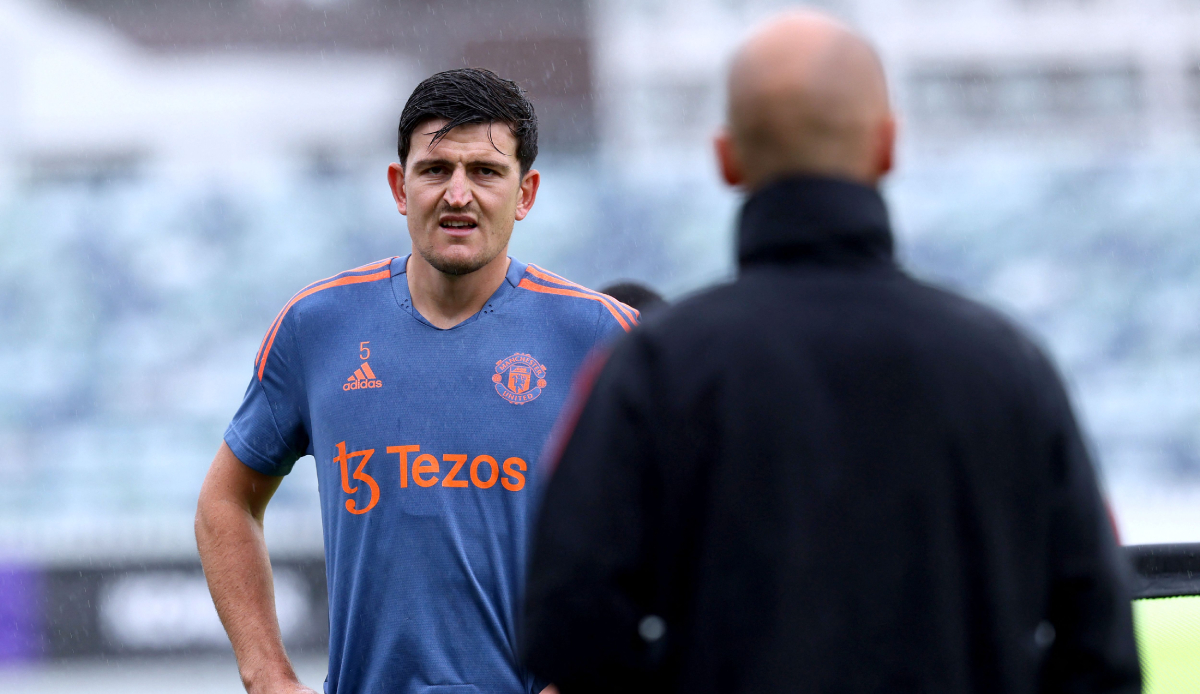 Manchester United manager Erik ten Hag is said to be considering benching his captain Harry Maguire for the upcoming league game at Liverpool. The English newspaper reports Manchester Evening News. This would make the England international the scapegoat for the Red Devils’ disastrous start to the season.

According to the report, Ten Hag favors a pair of central defenders formed by new signing Lisandro Martínez and Raphael Varane. Martínez started alongside Maguire in the 4-0 defeat at Brentford but had to come down at the break when the score was 4-0. United had already lost the league opener against Brighton in front of their home crowd.

In the summer, ten Hag made it clear when Martínez signed: “We’re not bringing him to strengthen the squad, but the first eleven.” And to Maguire he said: “Is Maguire first choice? I think he is.” After just two Premier League games, ten Hag may have changed his mind.

United took Maguire from league competitor Leicester City in 2019 for 87 million euros. With his performances, however, the defender did not necessarily endear himself to Manchester fans.