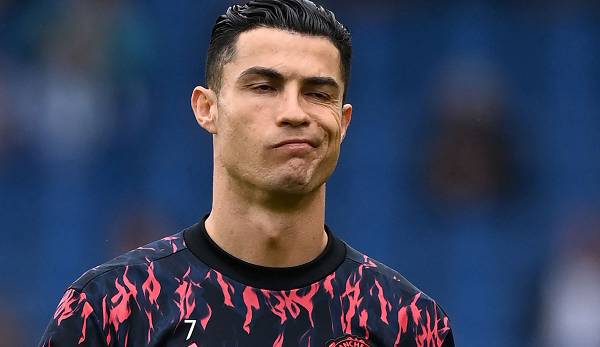 Cristiano Ronaldo (37) wants to leave Manchester United this summer. The six-time Ballon d’Or winner has apparently told the English club that he is looking for a new challenge. That raises questions: Why does CR7 want to leave ManUnited? Where could he go? Is FC Bayern an option for the Portuguese?

Why does Cristiano Ronaldo want to leave Manchester United?

Cristiano Ronaldo has played for the biggest titles with his clubs throughout his career. Whether in his early days at Manchester United, Real Madrid or Juventus, he was part of ambitious teams that had realistic chances of winning the Champions League – let alone the domestic league.

Manchester United were already a long way from title contention last season, but Cristiano Ronaldo at least had the certainty and comfort of playing in the Champions League. The club did not qualify for this this time and it is obviously out of the question for CR7 to have to play in the unloved Europa League in the autumn of his career, although he still sees himself in the premier class.

In addition, Ronaldo seems to lack the belief that the sporting situation will change significantly in the new season, because the Manchester United squad has not yet been strengthened, while the Premier League rivals continue to improve their already strong selections.

What would the CR7 farewell mean for Manchester United?

More facts: ManUnited only won two out of eight games in which Ronaldo was not on the pitch last season, so they scored fewer points on average and scored fewer goals. It is therefore not surprising that both the club bosses and new coach Erik ten Hag insist that Ronaldo fulfill his contract until 2023.

Manchester United has slowly evolved over the past few years into a squad that has many interesting names but falls well short of expectations in terms of productivity, efficiency and creativity. Ronaldo may not be as strong as he used to be, but he still exuded those things.

Manchester United with and without Cristiano Ronaldo

What would Cristiano Ronaldo cost in the total package?

When Ronaldo switched from Juventus to Manchester United last summer, the Portuguese cut back on salary. In Turin he is said to have earned 31 million euros a year, in Manchester it is “only” 29 million euros. Despite his advanced age, he became the top earner in the Premier League in the summer of 2021.

In order to do justice to his desire to play in the Champions League, Ronaldo is apparently again willing to forego further salary if necessary. The 37-year-old offensive player has already earned so much in his career that he apparently doesn’t care about a million or two anymore in his old age. However, the advertising rights, which Ronaldo does not give up as a matter of principle, must also be clarified. A club that wants to use the world star as an advertising figure must also take this into account.

It will be interesting to see whether Manchester United will demand a fee if Ronaldo actually finds a buyer and lets them make representations to the United bosses. Since ManUnited does not want to sell and the Portuguese is still of great sporting value, it would not be unreasonable to call for a transfer and to be compensated.

Especially since one would also have to explain to the fans of Manchester United why Ronaldo was given up voluntarily after just one season. A fee, which should not be more than Ronaldo’s annual salary, always serves as an argument.

Because there would still be the horror scenario in which Ronaldo practically forces his club to give him up for free if he starts to strike for lack of interest in continued employment and United has an expensive revolutionary on the payroll in the last year of his contract.