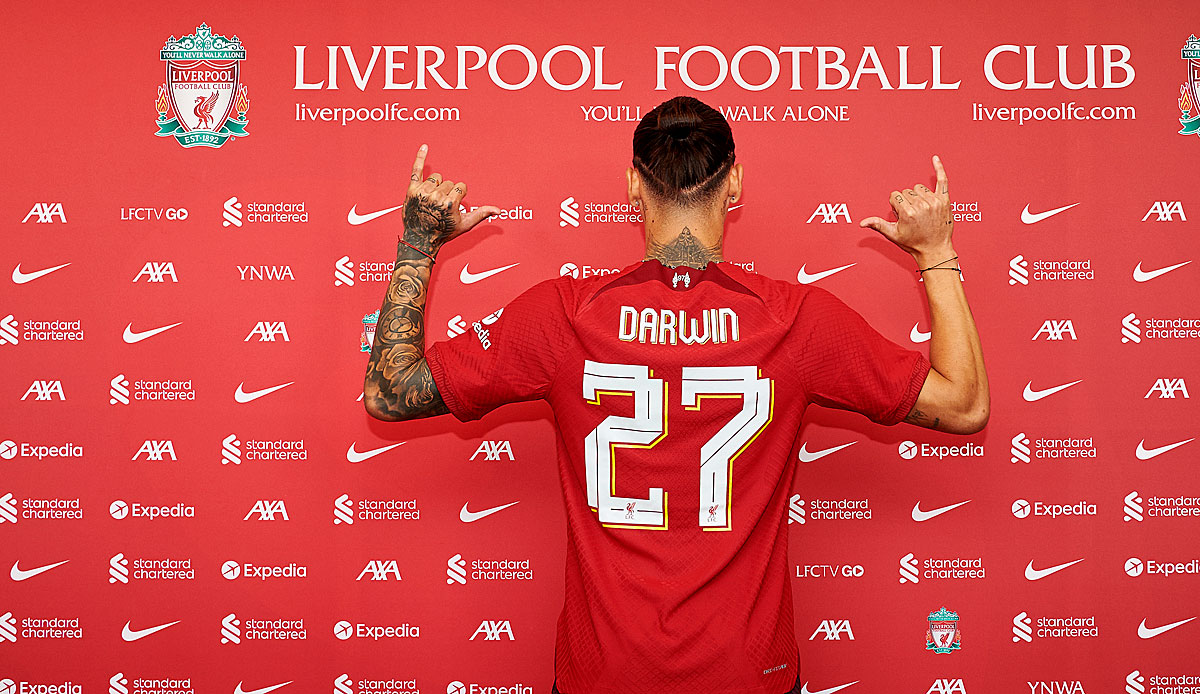 New signing Darwin Nunez will wear shirt number 27 at Liverpool FC. The centre-forward takes over the number from Divock Origi, who will leave the Reds this summer.

Liverpool recently announced the signing of Nunez, who had attracted interest from several top European clubs. The English will pay up to 100 million euros to Benfica for the Uruguayan international.

Nunez had developed rapidly at the Portuguese top club, especially in the past season. He scored 34 goals in 41 competitive games.

Nunez also scored a goal in each of the two quarter-finals in the Champions League against his new club Liverpool. He has now signed a six-year contract at Anfield until 2028.