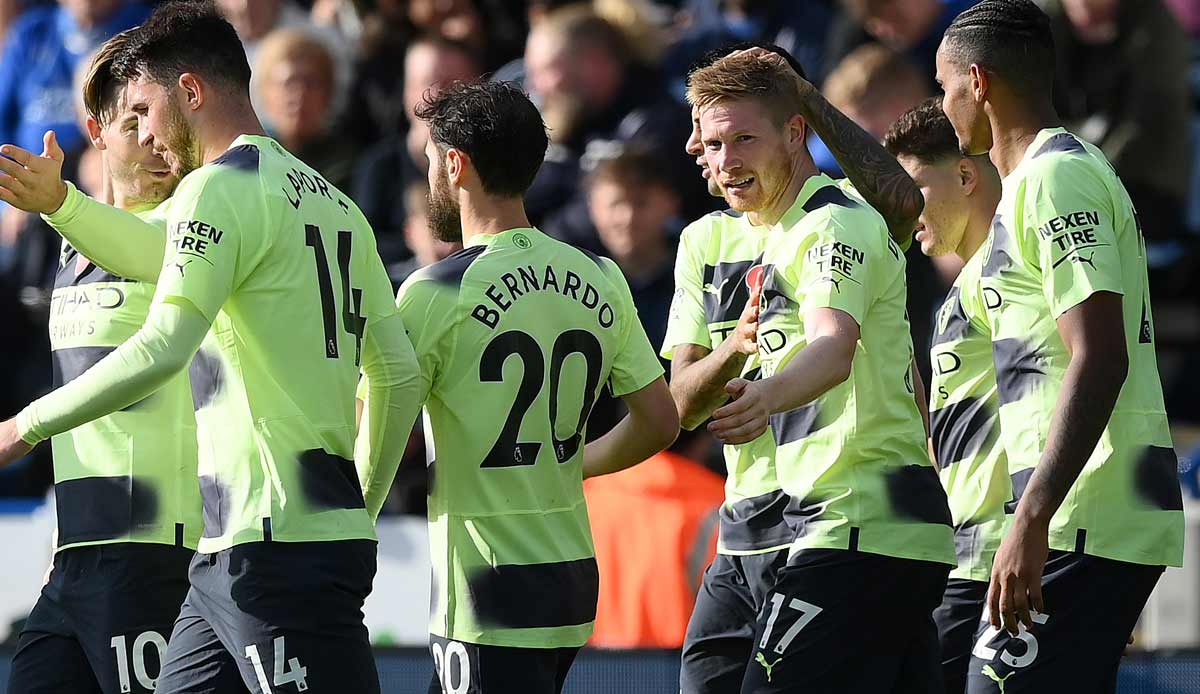 Even without the injured super striker Erling Haaland, Manchester City ended their away goals crisis and took the lead in the Premier League at least until Sunday. The champions won 1-0 (0-0) at Leicester City on Saturday and got 29 points ahead of Arsenal (28), who meet West Ham United on Sunday (3:00 p.m.).

Captain Kevin De Bruyne (49th) scored a free kick in the left corner for the Citizens, which is well worth seeing. National player Ilkay Gündogan also played the entire distance for the Skyblues. Manchester had not scored an away goal in the Champions League in Copenhagen and Dortmund (0-0 each) and in the league hit in Liverpool (0-1).

Haaland, who had scored 17 goals for ManCity in eleven league games, was substituted on Tuesday against his former club Borussia Dortmund with a foot injury. However, team manager Pep Guardiola did not expect his top attacker to be down for a long time.