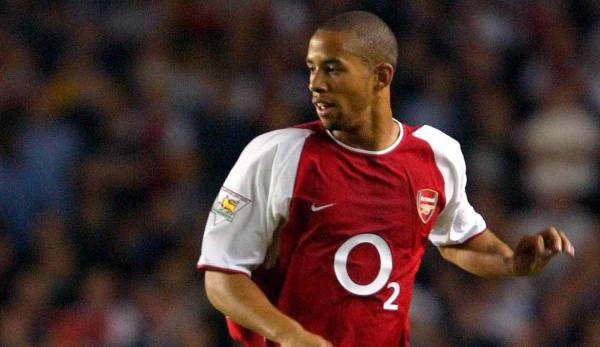 Ryan Garry was there for the launch of Arsenal’s Invincibles series – but then everything went wrong. Nevertheless, he found his way in football.

It’s remarkable what stories football sometimes writes. Ryan Garry knows that. And how he knows it.

On May 7, 2003, the 38-year-old made his debut in the Premier League for Arsenal. A dream came true for the then 19-year-old: At 15 he switched to Arsenal’s youth academy and on the penultimate day of the 2002/03 season he was allowed to share the pitch with his great idols for the first time. Arsene Wenger called Garry into the starting XI alongside Thierry Henry, Robert Pires and Nwankwo Kanu – and then the Gunners celebrated a sizzling 6-1 win over Southampton.

It should be the start of an incredibly successful period for Arsenal. It was the very first of 49 consecutive unbeaten league games, marking the beginning of the legendary ‘Invincibles’ streak that also culminated in winning the English championship in 2003/04.

For Garry, however, the fulfillment of his big dream on May 7, 2003 was the first and last Premier League appearance of his career.

Ryan Garry: After the dream comes the nightmare

The central defender was considered one of England’s most promising defensive talents at the time. He was a junior national player, dreamed of a breakthrough at Arsenal, his heart club from his native London. But unfortunately everything was to be different.

Complicated injuries prevented further appearances for the Gunners, for three years he was forced to watch almost continuously and logically lost the connection. He therefore does not see himself as a real part of the “Invincibles” around legends like Henry, Dennis Bergkamp or Patrick Vieira: “Only the players who have been involved in at least 20 games can say that,” he once said Sky Sports.

Frustrated by constant injury problems, he left Arsenal at 23, hoping to find his way back to then-third-tier side Bournemouth. And it started well, in the first games of his first season there he always played the full 90 minutes. But he was promptly condemned to watch again and had to watch as Bournemouth were relegated to fourth-rate.

Ryan Garry: Still made a career in football

After all: In the two following seasons he was a regular, finally remained largely injury-free and contributed to the return to the 3rd division. He then played a few more games there before retiring in the summer of 2011 and ending his career at the age of just 27. Certainly a sensible decision for Garry’s body.

He continued to pursue his football career, gaining initial experience as a youth coach at Bournemouth before returning to Arsenal as such. From 2018 to September 2021 he was assistant coach of the Gunners U23 for three years, since then he has been head coach of England’s U18 national team.

In retrospect, his bitter experiences as a player also had something good for his current job, as Garry emphasizes: “I was injured for three seasons and watched a lot of games in Highbury (Arsenal’s former stadium, ed.) Champions League “Games, a lot of football at the very highest level. I absorbed everything from football that was one of the best in Europe at the time.”