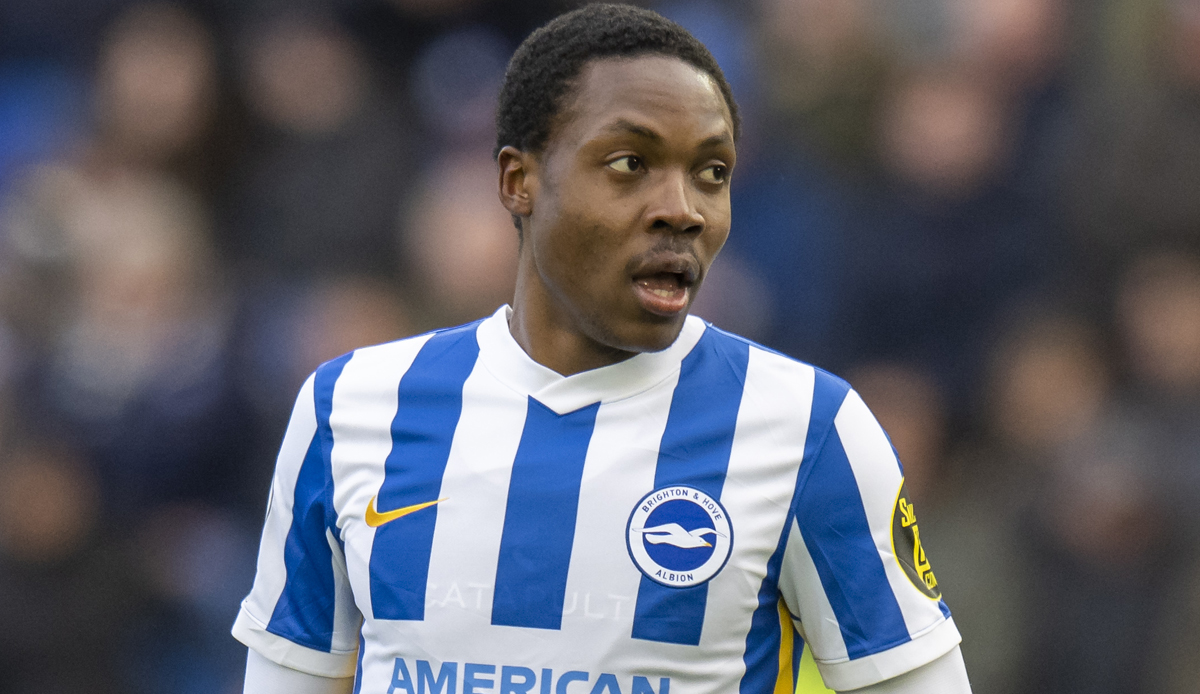 Enock Mwepu of English Premier League club Brighton & Hove Albion had to retire from football in October aged just 24 due to heart problems.

The Zambian international, who moved from Red Bull Salzburg to Brighton in the summer of 2021 for 23 million euros, was diagnosed with a “hereditary heart disease” and continuing his career would lead to an “extremely high risk”.

Mwepu was unwell on a flight to the national team three months ago and spent a few days in a hospital in Mali before flying to England for further checks.

Now, two months after retiring, Mwepu is returning to football and will start the year as a coach at Brighton & Hove Albion’s academy. There he should coach the U9 in the future.

“We are very happy that Enock has decided to stay with the club and use his experience to help develop our young players,” said Premier League side coach Roberto De Zerbi.