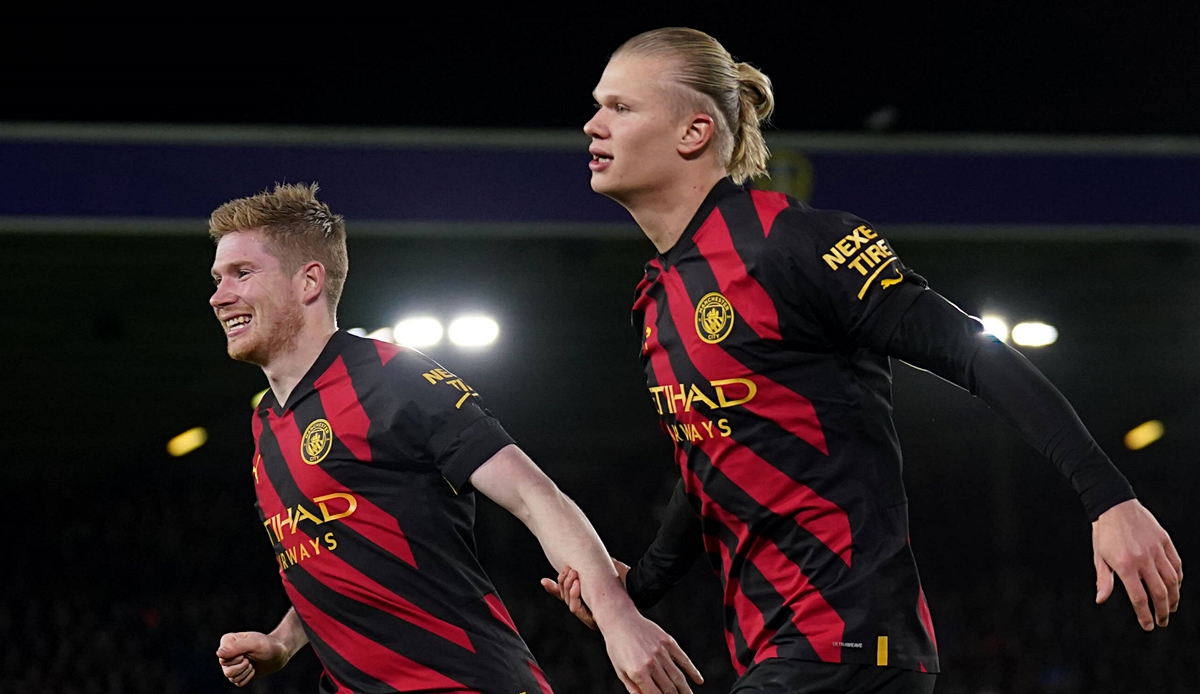 Thanks to goal machine Erling Haaland, Manchester City got off to a good start in the Premier League after the World Cup break.

The Norwegian, who missed the finals in Qatar with his country, scored twice in the 3-1 (1-0) win at Leeds United (51st, 64th) – it was his number 19 and 20 goals in the 14th Premier League -Game. City reduced the gap to leaders Arsenal to five points.

Haaland was born in Leeds, his father Alf-Inge played for the Peacocks between 1997 and 2000 before moving to ManCity himself.

Rodri (45 + 1) had put Pep Guardiola’s team with captain Ilkay Gündogan in the lead. Dutchman Pascal Struijk was only able to score the goal after 73 minutes for Leeds, who started with Robin Koch.