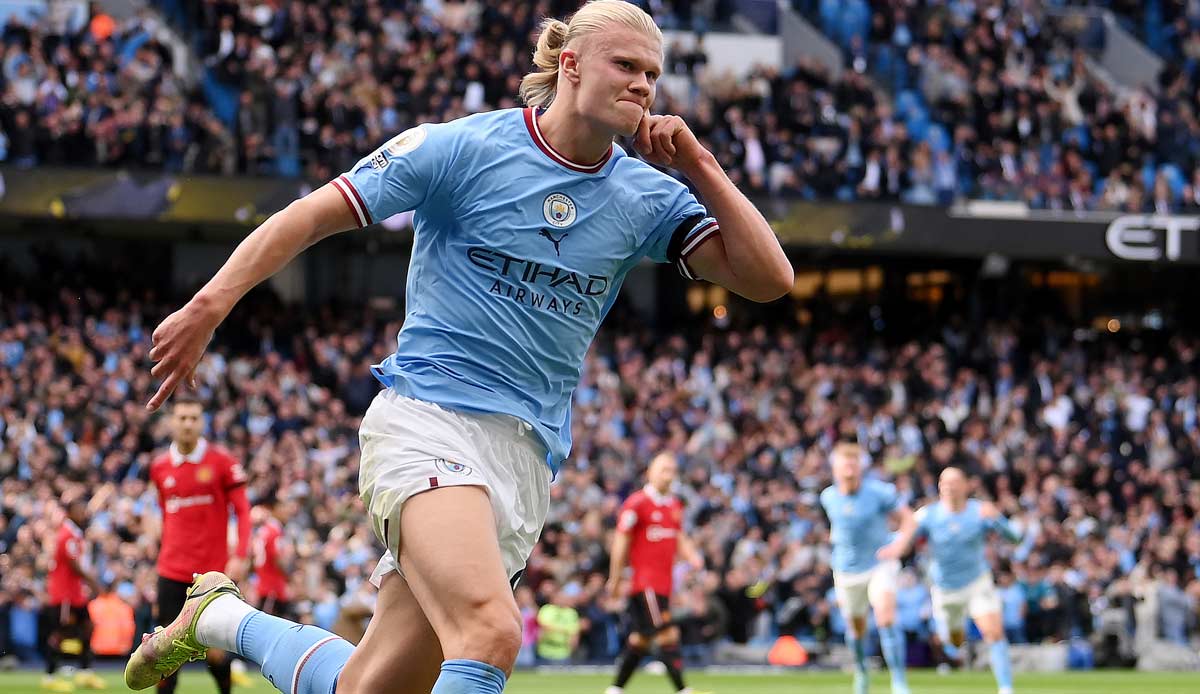 Goal machine Erling Haaland has revealed the secret of his many goals: Lasagna from Papa Alf-Inge.

The ex-professional cooked the Italian pasta dish before Manchester City’s three most recent home games in the Premier League, Haaland reported after the 6: 3 (4: 0) in the derby against United on the TV station Viasat – the result: three packs of three by the son. “He’s probably doing something special there,” said Haaland junior with a smile.

Three times three after only eight appearances in the top English league – that’s a lone record. Michael Owen, who held the record so far, needed 48 games for Liverpool FC to score three times each. Haaland (22) scored 17 goals in eleven competitive games for City.

His secret really has something to do with family, but nothing to do with pasta, said team manager Pep Guardiola. “He has an incredible instinct in front of goal and knows exactly where the ball is going. He got that from his mother and father, he was born with it,” he said, emphasizing: “I didn’t teach him.”

Haaland found his league goals number twelve to fourteen “great, of course” and asked rhetorically: “Is it better? No, hardly…” Guardiola said: “What Erling does for us, he has done before in Norway, Austria and Germany . The quality we have around him helps him.”