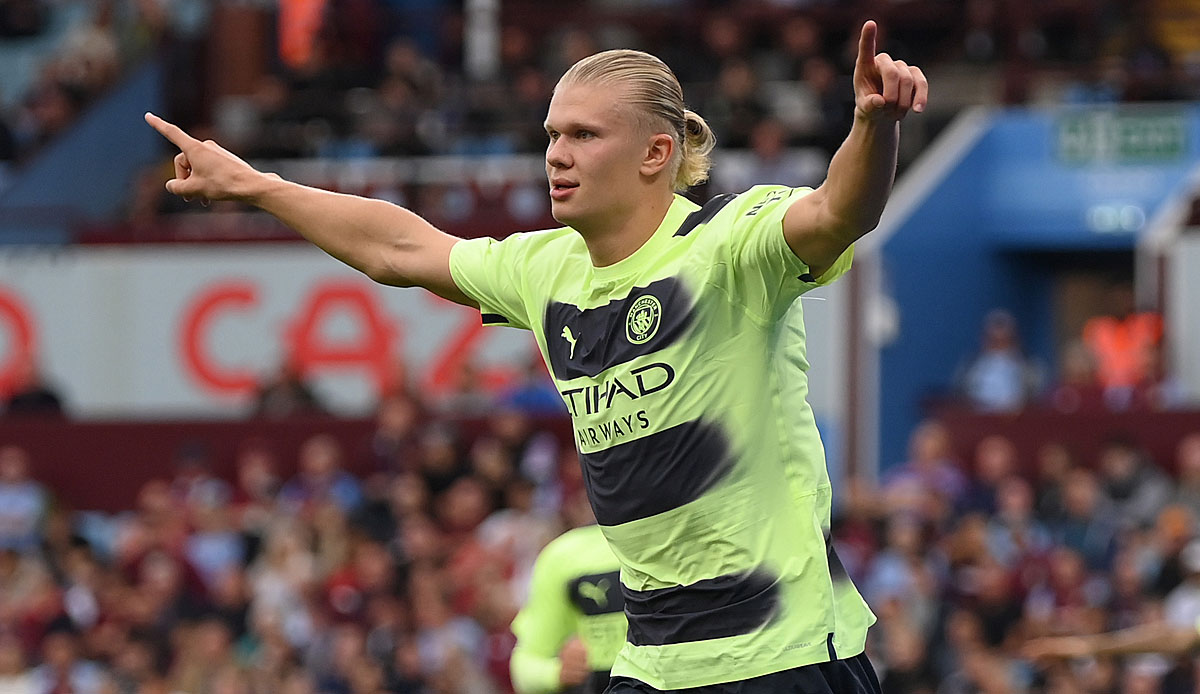 In the 50th minute, Haaland made it 1-0 for coach Pep Guardiola’s team in Birmingham. The 22-year-old needed just 445 minutes (six games) for his tenth Premier League goal.

The former Dortmund player broke Micky Quinn’s 30-year-old record. The now 60-year-old also needed six games for ten goals in his first Premier League season in 1992/1993 in the Coventry City shirt, but 504 and was 59 minutes longer than Haaland.

Haaland had scored a three-pack against Crystal Palace and Nottingham Forest on matchday 4 and matchday 5. He scored twice against West Ham United at the start of the season, once against Newcastle United and now Aston Villa.

Nevertheless, the Citizens were a bit pissed off. Finally, former Leverkusen player Leon Bailey prevented the win with an equalizer in the 74th minute. City took 14 points from the first six games. Only FC Arsenal (15 points), who visit Manchester United on Sunday (5:30 p.m. in LIVETICKER), is ahead of Manchester in the table.