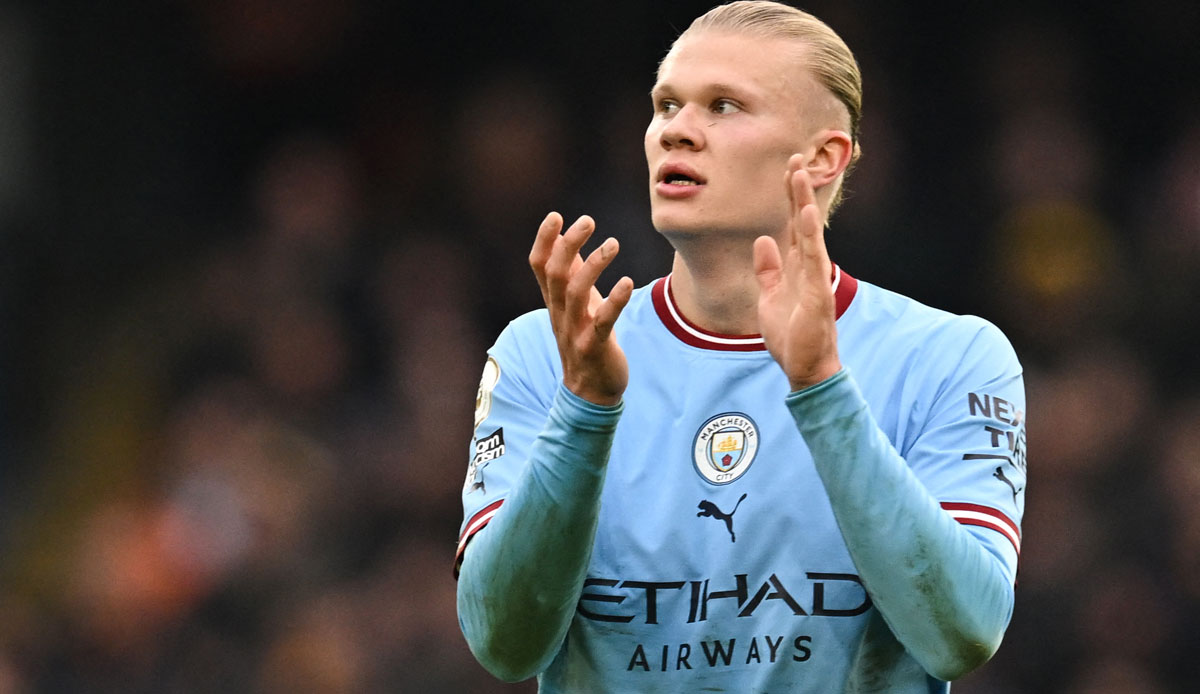 With his fourth hat-trick of the season, Erling Haaland put English champions Manchester City back on track a week after the derby defeat as the first pursuer of leaders Arsenal.

The ex-Dortmunder scored all three goals in the 3-0 (1-0) win against Wolverhampton Wanderers (40th/50th, penalty kick/54th), after 26 competitive games for the defending champion the Norwegian has already scored a total of 31 goals.

Eight days after the 2-1 draw at local rivals United, the Skyblues, who had already won a catch-up game against Tottenham Hotspur 4-2 on Thursday, were initially within two points of Arsenal. With a home win against Manchester United (5.30 p.m.), the Londoners could pull away again by five points.

Far away from the top of the table, Jürgen Klopp’s 1,000th game as coach on Saturday saw him draw 0-0 with Liverpool against Chelsea. The Reds are now ten points behind the Champions League ranks.