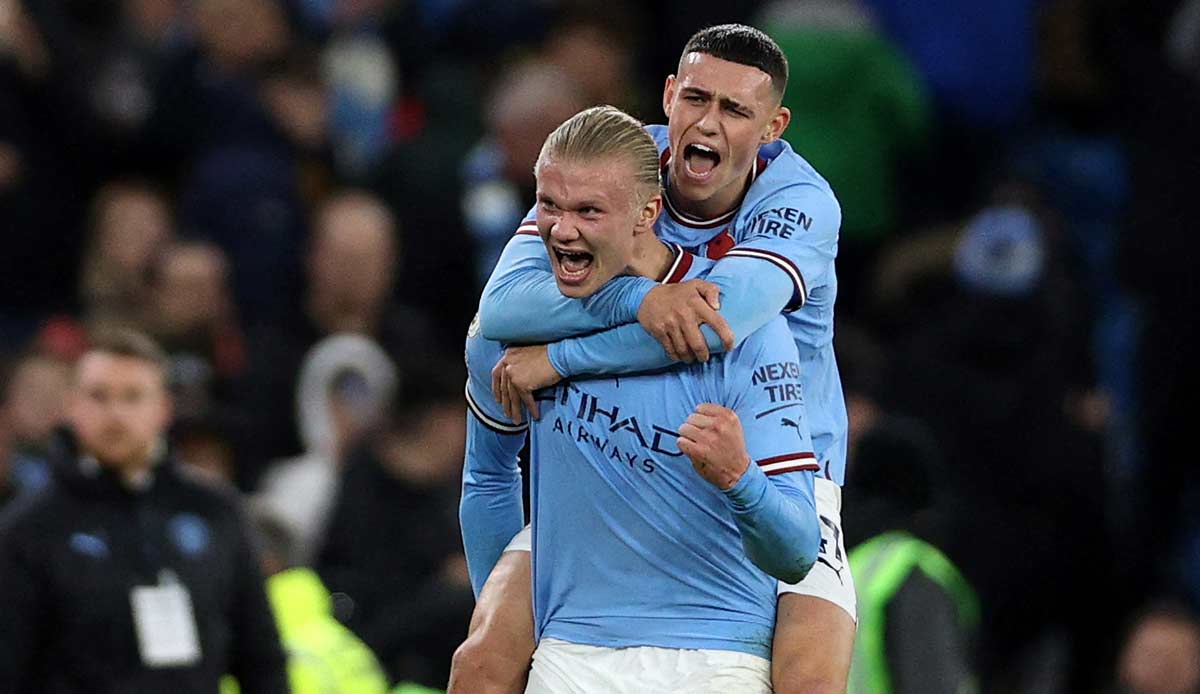 With a last-minute goal, Erling Haaland shot English champions Manchester City to the top of the Premier League table for at least one night.

In the fifth minute of stoppage time, the ex-Dortmunder converted a penalty kick to make it 2-1 (1-1) against Fulham. It was his 23rd competitive goal this season.

Manchester, outnumbered for over an hour, overtook Arsenal by 32 points. However, the Londoners could return to first place on Sunday (1 p.m.) with a win in the derby at Chelsea.

City took the lead through a goal by Julian Alvarez after assisting international Ilkay Gündogan (17′). Then defender Joao Cancelo fouled Fulham’s Harry Wilson in the penalty area and saw the red card (26′), Andreas Pereira converted the penalty for the guests (28′).

Leeds United with national player Robin Koch fought a week after the 2-1 win at Liverpool despite being 3-1 down to a 4-3 (1-2) win over AFC Bournemouth and improved to twelfth place.