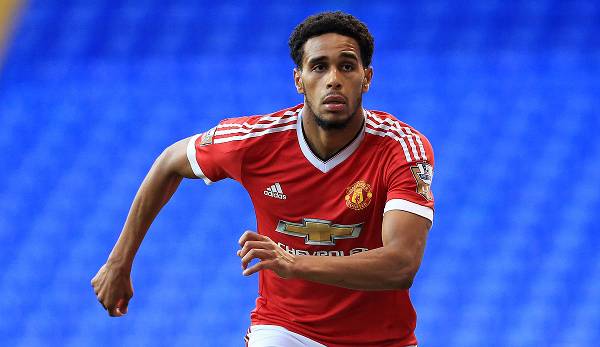 Sadiq El Fitouri writes an email to an amateur club. There he has prominent advocates – and soon a contract with Manchester United.

From an email inquiry to a lower-tier amateur club to a contract with one of the most famous clubs in the world in just three weeks! That’s not possible, many of you may think now. The following story of Sadiq El Fitori, a footballer who has since been forgotten, proves that this can work.

Born in Libya, El Fitouri grew up in the northern English city of Manchester. Like many, he dreamed of becoming a professional soccer player early on. The path to this seemed paved, as the full-back played in Manchester City’s youth team after graduating from school. However, the Skyblues did not trust the then 18-year-old to take the big step up and released him in 2013.

A difficult time followed for El Fitouri, he only played football in the park with his friends – until he had an idea. He decided to email lower-league amateur club Salford City. In this he asked to prove himself in a trial session and to be able to recommend him to the team. That was the beginning of a meteoric rise.

After the trial, Salford signed him at the end of 2014. The club from a town that is part of Greater Manchester and has a population of 73,000 was in a state of upheaval at the time. In November 2014, businessman Peter Lim and five former Manchester United players Phil Neville, Gary Neville, Nicky Butt, Paul Scholes and Ryan Giggs took over the club with a view to taking it to the top. Today Salford City play in the EFL League Two after several promotions.

Only after a short time later coach Phil Power was fired and Scholes and Phil Neville took over on an interim basis did El Fitouri make his first game for the Ammies – it was also to be his last. El Fitori won over Phil Neville and Scholes for the rest. “Within 35 minutes we had both seen enough to realize he was way too good for that level,” Phil Neville told the 2015 Manchester Evening News.

He and Scholes used their good contacts at Manchester United – the almost impossible became reality. El Fitouri, then 20 years old, was signed after a successful trial. “After we finished training, I was pulled aside and said, ‘Well done, you’ve trained well. We want to offer you an 18-month contract,'” El Fitouri subsequently told Phil Neville.

The member of the “Class of 92” was enthusiastic about it. “I don’t think this situation with Sadiq has ever happened before in Manchester United history. It’s like a fairy tale. When you think a few weeks ago he was a third-rate right-back at Salford. It shows that in life you can do everything can achieve when people believe in you and you have the right attitude,” said Phil Neville.

El Fitouri: Not used in the Premier League

Despite surprisingly making it as one of 25 players in Jose Mourinho’s Premier League team in 2016/17, he never made the squad. El Fitouri was also unable to assert himself in the Red Devils U23s. This was followed by dismissal in 2017 and a commitment to Chesterfield FC, a League One relegated.

The meteoric rise of Sadiq El Fitouri’s career has now experienced a rigorous crash. Neither in Chesterfield, nor at his later clubs Al-Ahly Tripoli (Libya), ACSM Poli Iasi (Romania) and Al Hilal Omdurman (Sudan), he was able to assert himself. In February 2022, underclass Maine Road FC announced their commitment.

At 27, El Fitouri’s dream of a major professional career seems not to have come true. But there is one thing that nobody can take away from him: a contract with Manchester United.