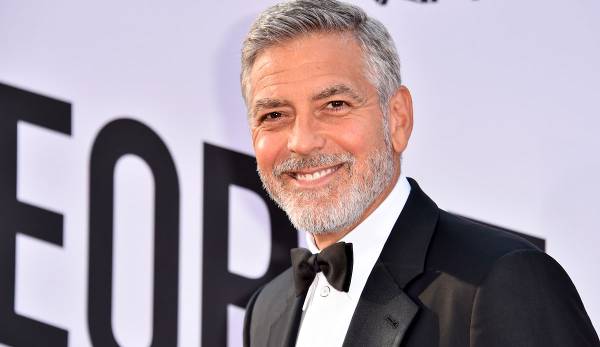 Will the traditional English club Derby County soon have a world star as a new owner? Apparently Hollywood actor George Clooney is interested in a takeover.

Derby County filed for bankruptcy about six months ago and is about to be relegated from the Championship to League One – the third English division – also due to point deductions. Coach Wayne Rooney himself called the Derby situation “terrible”. But now it could soon go uphill again.

According to a report by the British tabloid, George Clooney (60), who gained world fame through the US series “ER” and films like “Ocean’s Eleven”. The Sun have expressed interest in leading a consortium of bidders to take over the bankrupt club.

“Derby are a great football club with a fantastic history and I’m sure they can have a great future too,” Clooney told the local magazine Derbyshire Life.

“I know there have been problems lately, but there’s nothing that can’t be fixed. And the team worked really hard and played well given the circumstances.”

Clooney has followed Derby County ever since Derby-born actor Jack O’Connell (“Skins”) first told him about the club.

It could be Clooney’s second attempt to buy a football club after failing to take over FC Malaga in Spain in 2020.

“My interest in football has certainly increased in recent years and I was asked a few years ago if I would be interested in being part of a group that was looking to buy Malaga FC in Spain,” said Clooney. “It was quite an exciting project but it fell through. Maybe owning a football club is the next best thing to playing for one.”

Derby County has a successful history, winning twice in the 1970s and also winning the FA Cup in 1946. However, the club last played in the Premier League in 2017/08 and since then only in the Championship.

Clooney would be the next Hollywood star to take over a British club after actor Ryan Reynolds (“Deadpool”, “Free Guy”) and his colleague Rob McElhenney (“It’s Always Sunny in Philadelphia”) last year defeated fifth division club Wrexham FC ( Wales) had taken over.