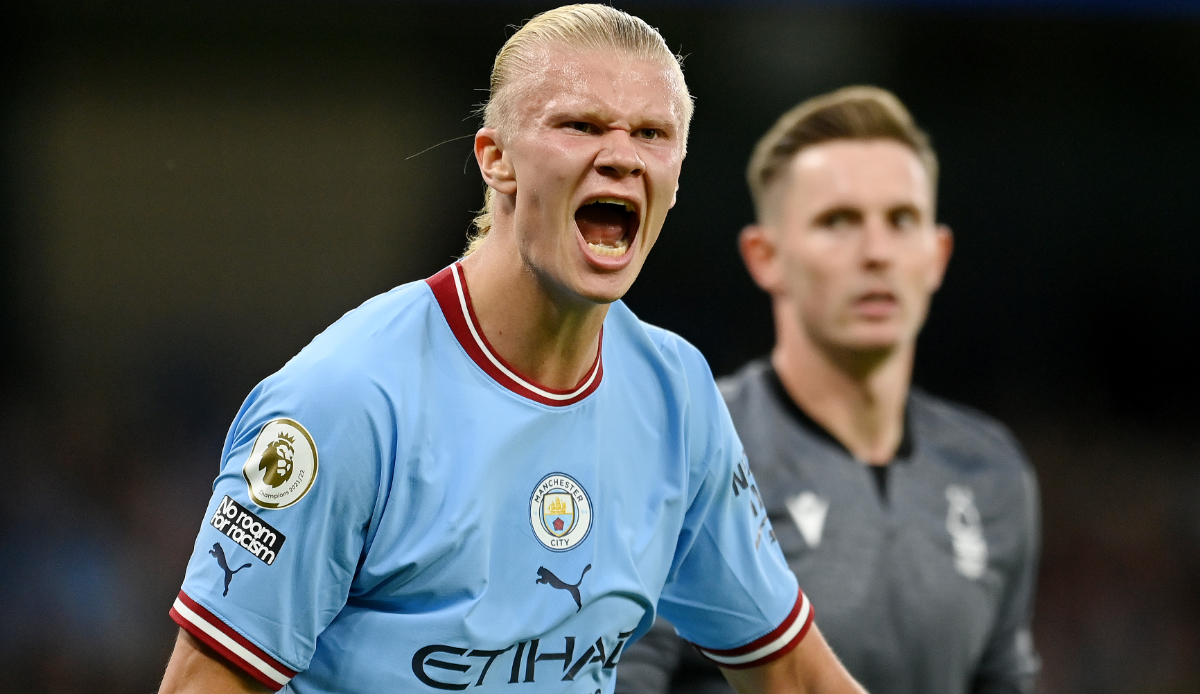 Star striker Erling Haaland breaks Premier League records, Jürgen Klopp’s Liverpool FC celebrates at the last second: While Norway’s Haaland scored his goals seven to nine in Manchester City’s 6-0 (3-0) win and thus set a record, they celebrated by the German team manager, Reds managed a 2-1 (0-1) win over Newcastle United after a goal in the eighth minute of injury time.

In Manchester, in addition to former Dortmund player Haaland (12th, 23rd, 38th), Joao Cancelo (50th) and Julian Alvarez (66th, 88th) scored for team manager Pep Guardiola’s team, which is second with 13 points. Haaland, who only scored three times in the 4-2 win over Crystal Palace on Saturday, was substituted in the 69th minute, with Kevin De Bruyne coming in for him.

Liverpool, who equalized the Premier League’s biggest win by beating AFC Bournemouth 9-0 at the weekend, are now fifth in the table with eight points. Former Hoffenheim Firmino (61st) and Fabio Carvalho (90th + 8) gave the Klopp team the late win. Alexander Isak (38th), under contract with BVB from 2017 to 2019, had met for Newcastle. In the closing stages, Liverpool were rewarded for their great effort.

Arsenal are better than the Reds and ManCity too, celebrating their fifth win in a 2-1 (1-0) win over Aston Villa and taking first place with an immaculate score of 15 points. Gabriel Jesus (30th), moved from Man City to London in the summer, and Gabriel Martinelli (77th) scored decisively. National player Thilo Kehrer was unlucky, the central defender scored an own goal in his new team West Ham United’s 1-1 (0-1) draw against Tottenham Hotspur (34′).