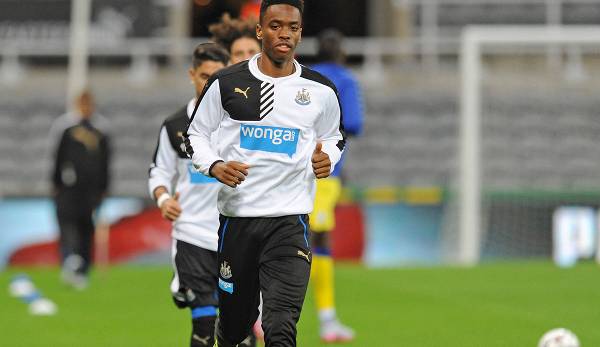 Ivan Toney was once loaned out six times in three years and completely ignored by a Champions League winner. A meeting at a train station and a call from Denmark not only saved the career of the 26-year-old, he could even jump on the World Cup train as a new national player via detours.

There are turning points in everyone’s life that you look back on and say, “Yes, everything has changed here.” The self-test is free. Sometimes there are more, sometimes fewer turning points. If you ask Ivan Toney, 26-year-old footballer from Brentford FC, he won’t be able to tell the one story.

The striker experienced a lot in his middle-stage career, which can be described as a turning point. Often there were things that destroyed his dream of a career as a professional footballer, followed by many twists and turns that gave him hope after all.

Now Toney is at the forefront of all twists and turns. for now. Two months before the start of the World Cup in Qatar, he was called up to the England squad for the first time. Considering there are no more pre-World Cup rehearsals after the two Nations League games against Italy and Germany, there’s a good chance Toney will soon have World Cup driver status.

Not so bad for a player who met up with a third tier manager at a Newcastle train station five years ago and explored the possibility of playing for Scunthorpe United there. “He wanted to fit in with the team, score goals and win,” said Graham Alexander of a young man he chanced upon.

“Ivan played against us for Shrewsbury in the EFL Trophy,” he said. “I focus a lot on my team when we play I rarely notice an opponent’s player but he was all alone up front and he was a brutal one Challenge for our four defenders. He fought for everything.”

What the boy can do at Shrewsbury, he should be able to do at Scunthorpe, thought Alexander, and brought Toney on loan. But when promotion to the Championship failed, because Millwall failed in the playoffs, Toney wanted to try his luck elsewhere.

But this constant search for happiness was marked by many setbacks. Just like when he went to Wigan and wasn’t happy there either. He was used to it: at the age of 14 there was the first wake-up call of reality. He was at Leicester City Academy, hoping for some sort of scholarship. He found out by chance from an assistant coach that he didn’t get one.

He tried his hand at Northampton Town in his hometown, becoming the youngest player ever to play for the first team at 16. He was tall, bulky, and had a great deal of confidence, and word got around. When Wolverhampton Wanderers wanted to sign him, he rattled through the medical check. A setback? Yes, but only briefly, because the next turning point followed: Newcastle United signed the young striker in 2015 and wanted to carefully develop him for the first team.

Until there was an encounter with the Newcastle legend Cheik Tiote, who unfortunately died far too young, in a training session. The Ivory Coast battering ram brought Toney down hard several times but Toney kept getting back up and dribbled out the Newcastle star. Tiote is said to have asked Newcastle coach Steve McClaren to give the boy a chance.

But Newcastle were notorious for relegation then, it wasn’t the place to give young players a chance and Toney has been loaned out a total of six times in three years. Each time, Toney came back hoping to stay this time, but neither McClaren nor Rafael Benitez gave him a real chance.

When Toney later took off, Benitez, who after all won the Champions League with Liverpool in 2005, even felt compelled to publicly defend himself. “I never coached him,” said the Spaniard in English media. “I didn’t speak to him when I was there because he was on loan. In all the reports I had when I asked about first-team players, no one told me he was an option.”

In 2019, still officially a Newcastle United player, Toney didn’t want to leave it that way. In an interview, he said: “I never let my level drop. I improved and scored goals, but no matter what I did, the chances in the first team were never there. I didn’t feel like I was being treated a real chance. I’m not sure if the coach[Benitez ed.]gave me a real chance. That’s his decision. He brought players he wanted to work with instead of the youth give it a chance.”

Ivan Toney: Angry in his stomach in the Championship

His cry for help went unheard: 41 minutes in three years – with this record he was sold to third division club Peterborough in 2018. A step backwards on paper, but in reality the starting shot for good. He scored 23 competitive goals in his first season and was top scorer. A season later there were even 26 – and the season was not even played to the end because of the pandemic.

The anger in the stomach was a driver. “To play at the highest level you have to have that bite and that confidence and Ivan had that from the start. He had suffered a few setbacks in his career but he was hungry to prove himself,” recalled former team-mate George boyd Even then there were some interested parties, which is not surprising given the 49 goals and 16 assists in 94 competitive games.

Tottenham Hotspur are said to have considered bringing in Toney as a replacement for Harry Kane at the time because they are quite similar in their playing structure. Apparently, the interest never became really concrete. And Toney didn’t want adventure anymore either, he wanted to play and score goals and not fight a setback again. That’s why he didn’t immediately respond to every offer. Especially not if it wasn’t a Premier League club.

When Brentford FC first approached it, both club and player declined, but Brentford was adamant. “He had his doubts,” said coach Thomas Frank recently in a press round and suspected that “he wanted to go straight to the Premier League”.

The call from my sister-in-law’s house

When the Brentford coach realized that the talks were going to be difficult, he picked up the phone himself: “I called Ivan when I was standing in front of my sister-in-law’s house in Denmark and said: ‘What are you doubting about? I promise you one thing: With your quality and the way we play, you will score at least 25 goals. So there are two options: either we get promoted and everyone is happy, or we sell you.”

Frank was wrong. It wasn’t 25, but 33 goals that Toney scored in the championship. The almost seven million euros that Brentford invested in the striker, which one or the other classified as a risky business at the time, were worth every penny. The call from Denmark changed Ivan Toney’s life forever.

What he was once denied in Newcastle, he achieved in Brentford. He became a regular at a Premier League club. There were twelve league goals last year, and five goals in seven league games this season alone. At least since Toney was called up to the national team, a new discoverer reports every day and every day someone else says that they always knew that Toney would get here.

In reality, he was not believed to have a career above Ligue One. Except for Brentford and coach Frank, who are happy for Toney today and also assume that he will be at the World Cup in Qatar. Representing Harry Kane – not at the Spurs, but at the Three Lions. “Who else? He’s the best after Kane,” Frank said recently.

Even without the World Cup and national team, Toney has now created a market for himself – if World Cup appearances are added, a top transfer could be imminent in the summer.

Manchester United are said to have been interested as early as the summer. This also applies to Chelsea FC. Tottenham could also get their chance again if Kane doesn’t extend his contract beyond the summer and perhaps moves to Bayern. Or Kane stays and then Toney could perhaps become one for Munich, who could approve a center forward again in the summer of 2023.

For Ivan Toney, that would be – yes – a turning point.