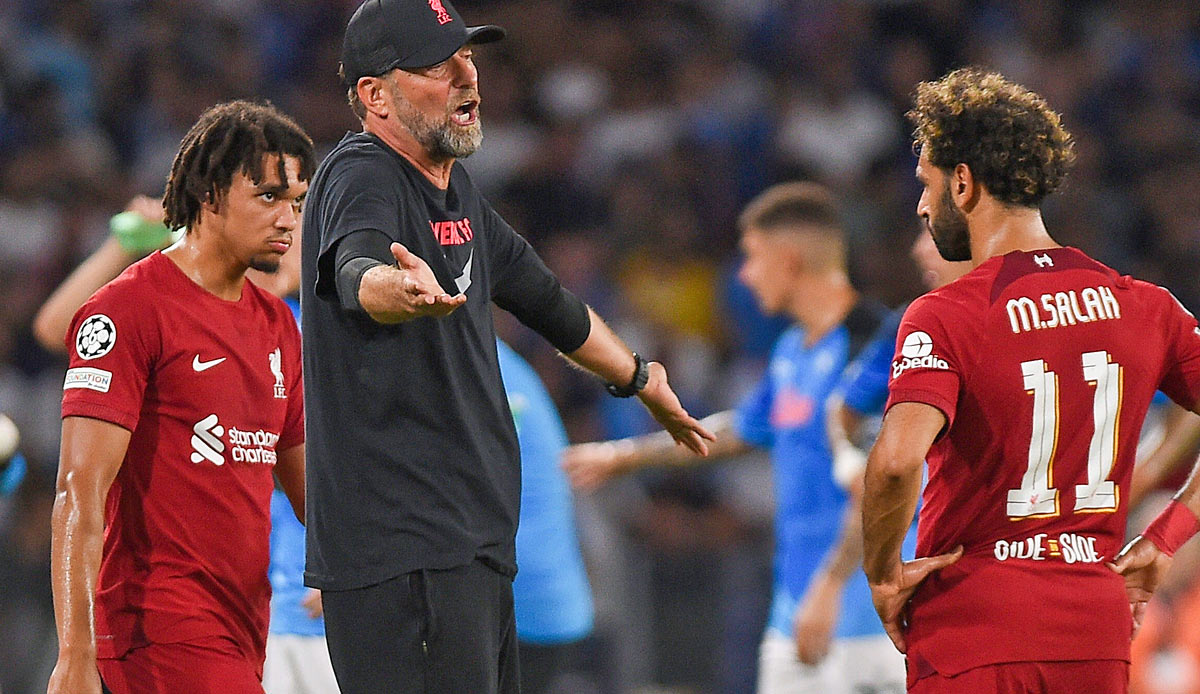 Jurgen Klopp hinted at big changes following Liverpool’s disastrous Champions League defeat by Napoli. Where the Reds coach should or must apply the lever everywhere.

It was a moment of brutal honesty from a manager who was at a loss to explain what his team had just failed to do on the pitch.

Jurgen Klopp apologized to Liverpool supporters – and rightly so – when he spoke to BT sports had to justify his team’s performance after the game at the Stadio Diego Armando Maradona in Naples.

His face said it all. It’s not often that Klopp has to analyze a defeat – this was only the fourth Liverpool suffered in 2022 but he couldn’t really justify that loss. A 4-1 defeat was the Reds’ heaviest defeat in European competition since 1966.

“It’s hard to take,” Klopp began. But what followed then gave the deepest insight into the emotional world of the 2019 Champions League winner.

“It looks a bit like we’re going to have to reinvent ourselves,” he said, before adding that Wolves, Liverpool’s next opponents, “probably won’t be able to stop laughing” ahead of their trip to Anfield this weekend.

“They will say it’s a perfect moment [um gegen Liverpool zu spielen]”Klopp continued, adding: “We’ve got to try and find a setup to be a lot better at pretty much everything.”

Those are devastating words. And the fact that Klopp was asked at the press conference after the game if he even feared dismissal showed the dramatic situation at Liverpool FC. But he doesn’t, and he shouldn’t. We’ve already seen some strange decisions in football, but this would have to be the strangest of them all. And we are sure: It will not happen.

That doesn’t mean things don’t need to improve. They have to, and fast. Less than four months ago, Liverpool were still facing a huge triumph. The Reds were 15 minutes from lifting the Premier League title and only a masterly performance from Thibaut Courtois prevented them from winning the Champions League again. They were the team everyone feared and all grudgingly admired.

Klopp said the “reinvention” must start immediately, but what does that mean in reverse? SPOX takes a closer look at the situation at Liverpool FC…

Established players have to find the old form – through tough decisions

For all the discussions surrounding signings and the adjustment processes, it’s Liverpool’s established players who have struggled the most this season.

Virgil van Dijk, for example, is a shadow of his own right now. The Dutchman has structured and guided the Reds’ defense since arriving in 2018, while full-backs Trent Alexander-Arnold and Andy Robertson are currently struggling defensively. The two have always been able to impress in recent years.

Fabinho looked tired and overworked in midfield while Mohamed Salah’s frustration grew with every game. The Egyptian has now gone four straight games without a goal and was substituted off in Napoli with almost half an hour remaining.

On matchday one at Fulham, Klopp questioned his players’ “attitude” and suggested he saw signs of complacency or a lack of mental preparation. He could have said the same after the loss to Manchester United and certainly after Wednesday night’s game.

“We’re not robots,” Van Dijk said after beating Newcastle last week, and that’s true and understandable, but Liverpool have always been a team that prided themselves on their mentality and received plenty of praise for that. Right now they are failing in that area and it may take some tough decisions from the coaching staff to get back to the past.

And what about the physical side of the Liverpool game? Not only have the Klopp team looked mentally exhausted this season, but they also don’t look like a team full of players whose legs make them sprint around the pitch for 90 minutes.

In all eight games, they were inferior in terms of distance covered, while in six of the games they underperformed their opponents in sprinting. And considering they’ve conceded their first goal in all but one of those games, that has to be a cause for concern.

With injuries escalating in the early weeks of the season, Klopp has been trying to manage the strain. For example, Fabinho was left out against Manchester United, Robertson was on the bench against Everton and Alexander-Arnold was twice substituted with 20 or more minutes remaining.

But all three still look exhausted at the moment and Liverpool lack the liveliness and intensity of recent seasons. They run less, but they also run less intelligently. The pressing doesn’t work, so they’re much, much easier to play.

Running stats alone don’t tell everything, of course, but what they tell us about the Reds this season is worrying to say the least.