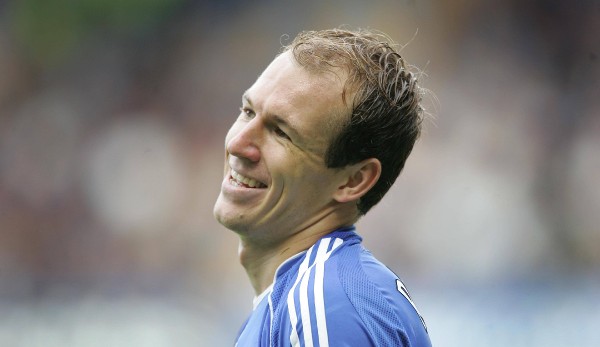 At Chelsea, the transfer market is traditionally good – in both directions. Here are a few extreme examples.

Chelsea are on the verge of chasing Arsenal’s dream player Mykhailo Mudryk. But Mudryk is far from the only player involved in dramatic late-turning Chelsea transfers. Just last summer, Barcelona thwarted defender Jules Kounde’s move to Stamford Bridge shortly before the transfer deadline.

Arjen Robben (from PSV to Chelsea)

Back in the summer of 2004, 20-year-old Arjen Robben was one of the hottest stocks in European football after a brilliant start to his career at PSV.

Manchester United made an early effort to land the Dutchman and were keen to sign him after visiting the training ground. That didn’t happen: Chelsea struck at the last minute, edging out their rival for Robben’s services.

The Blues got the nod. No wonder, they paid the equivalent of 18 million euros for Robben, about twice as much as the Red Devils had bid.

The Londoners pulled off one of the most famous transfer “steals” in history when they bought Nigerian midfielder John Obi Mikel from Norwegian club Lyn Oslo.

Manchester United officially announced Mikel as a signing in April 2005 and even introduced him to the media at a press conference. But the Blues insisted that they had already reached an agreement with Mikel’s advisors.

A lengthy legal battle ensued and around 14 months later Mikel was pictured at Chelsea where he won two Premier League titles and the Champions League.

Willian (from Anzhi Makhachkala to Chelsea)

The Brazilian first completed his medical at neighbors Tottenham before making a £30m (about €37m) move. Then-Chelsea owner Roman Abramovich personally intervened and persuaded Willian to move to Stamford Bridge instead.

Willian did in fact sign a five-year deal with Chelsea and Spurs were out of the game. He stayed until 2020, establishing himself as a key member of the blues team, winning five titles with them.

Raphinha (from Leeds to FC Barcelona)

Fast forward to 2022. A year in which Chelsea’s luck ran out in the transfer market: after another impressive season for the Brazilian winger, the Blues had targeted Leeds United winger Raphinha. According to information from GOAL and SPOX, Chelsea’s bosses wanted to pay around 62 million euros.

Leeds officials wanted to accept the offer. It’s just stupid that Raphinha herself had already decided to move to FC Barcelona and had already reached an agreement with the club bosses there.

Chelsea reversed their efforts and instead focused on signing Raheem Sterling from Manchester City, while Barca confirmed Raphinha’s signing on July 15.

The German champions officially signed De Ligt on July 19, 2022 for a fee of 67 million euros. So Chelsea were forced to look elsewhere for a new defender.

Jules Koundé was the name of the new object of desire after the de Ligt defeat. The Frenchman was on the verge of a move to the Blues in previous transfer windows. Also in 2022 an agreement with Koundés club FC Sevilla was imminent.

The Premier League club offered 67 million euros for Kounde and the opportunity to move into the old house of Romelu Lukaku, who moved to Inter. But nothing came of moving there, again Barcelona beat Chelsea.

A few days ago, Arsenal were almost certainly Mykhailo Mudryk’s new club. The Ukraine winger even pushed for a transfer to north London in some unsubtle social media posts. However, negotiations between Arsenal and Mudryk’s club Shachtjor Donetsk have been sluggish.

In dramatic action, Chelsea representative Behdad Eghbali flew to Poland for talks on Saturday, straddling the Gunners and reaching an oral agreement with Shaktar on a €100m transfer.