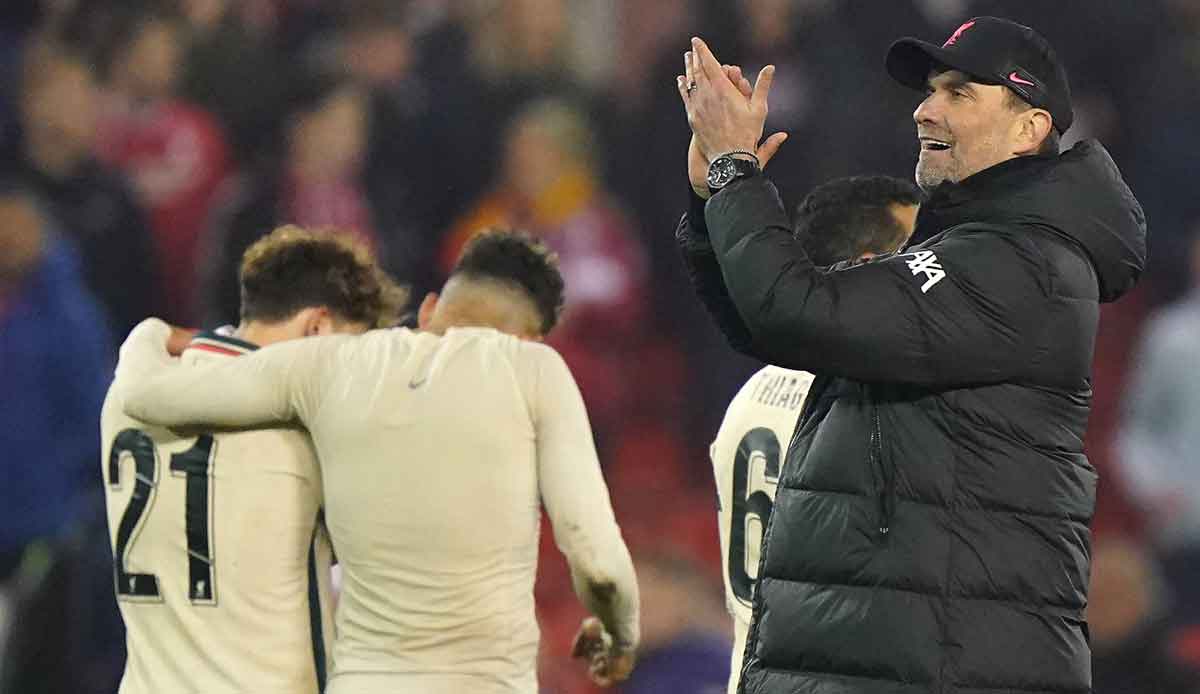 After protracted injury problems, Joel Matip is currently going through what may be the best phase of his career in central defense at Liverpool FC. In England, the 30-year-old German-Cameroonian is celebrated primarily for his dribbling.

Jan Vertonghen in March 2013, Virgil van Dijk in December 2018 – Joel Matip in February 2022: In the past ten years, only three central defenders have been named Premier League player of the month. The voting captains, pundits and fans are much more likely to vote for high-goal strikers. Or maybe keepers with spectacular saves.

The fact that Matip still made it makes his development even more remarkable. In fact, the 30-year-old has blossomed into a worthy partner of Virgil van Dijk, who is considered the best central defender in the world, in Liverpool’s center of defense this season. The two complement each other perfectly: while van Dijk, with his positional play and tackling behavior, is almost insurmountable for opposing strikers, Matip’s great strengths lie in playing with the ball.

That was never more obvious than in that award-winning February: Matip set up a goal by Diogo Jota against Leicester City with a fine pass from the outside of the foot, against Leeds United he scored himself after dribbling deep into the opposing half and a one-two with Mohamed Salah.

Joel Matip is celebrated in England for his dribbling

It was this goal that started a little matip hype in England. His central defender colleague van Dijk then praised “the great quality” of Matip’s dribbles and admitted: “Sometimes I wish I had that quality too.”

The Liverpool Echo soon after published a tribute that read: “Joel Matip has a unique ability that no other Premier League defender can match.” According to the newspaper, he was as calm with the ball under pressure as van Dijk and had a comparable accuracy of pass: “But he’s better than the Dutchman and pretty much everyone else when it comes to guiding the ball on his foot. “

So far this season, only Manchester City defenders Aymeric Laporte and Ruben Dias have covered more space-gaining meters with the ball towards goal than Matip. The dribbles of the 1.95 meter tall Schlaks may look unconventional, but that doesn’t make them any less effective. “I’ve always liked to push the ball forward,” Matip told dem table football. “We often have the ball ourselves, and that’s a good idea when a lot of team-mates are blocked. It also gives the opponent a new task.”

But perhaps most importantly, his dribbling doesn’t come at the expense of defensive stability. Individual carelessnesses of Matips are hardly noted, in fact this season only one opposing conclusion resulted from a clear mistake by him. His tackle rate of around 68 percent is also one of the best in the Premier League.

Matip’s amazing performance explosion was made possible by the fact that he was last spared from injuries. We’re only writing at the beginning of April and he has already played more competitive minutes for Liverpool this season than in any other season since his free transfer from FC Schalke 04 in 2016.

At first it was only minor injuries that slowed him down before he had to sit out for months at times in the past two seasons. Sometimes it was the ankle, sometimes the knee. Coach Jürgen Klopp never lost confidence in the former Cameroon international. When he came back from the next injury, he usually found himself in the starting XI pretty soon.

“Joel is definitely underestimated,” Klopp said recently. “I don’t normally say things like that, but he certainly does. But if there’s one person on this planet who doesn’t give a damn if we all underestimate them, it’s Joel Matip.” Klopp “can’t help people who don’t see the quality of Joel Matip”.

Last summer there were still rumors about Matip’s premature departure despite a contract until 2024. Especially since Ibrahima Konate, a new central defender, was signed by RB Leipzig for 40 million euros. Since then, however, he has not been able to avoid the fit Matip, just like the fourth central defender Joe Gomez. So far, Konate has only been allowed to appear in the cup competitions or in the case of corona-related absences from van Dijk or Matip. According to his own information, he was “angry and sad”.

In the quarter-final first leg of the Champions League against Benfica Lisbon on Tuesday (9 p.m. in LIVETICKER), Klopp will again rely on his well-rehearsed central defender duo. Although Matip suffered “a golf ball” on his forehead from a header in the 2-0 win against Watford at the weekend, as Klopp reported: “But he said he was fine.”

On Sunday, Manchester City and Liverpool have their landmark game in the Premier League. Thanks to Liverpool’s triumph over the past few weeks, the gap to the leader before the direct duel is only one point.