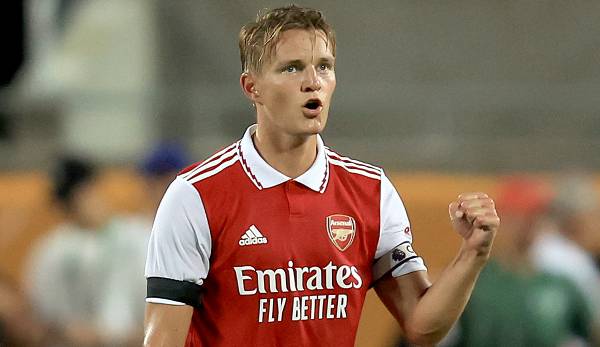 Liverpool coach Jürgen Klopp has raved about Arsenal’s Martin Odegaard and revealed that he once wanted to bring the Norwegian to Borussia Dortmund.

In conversation with TV2 he said: “I really like him. It was a bit more difficult at the beginning of his career at Real Madrid. Things didn’t seem to go his way then. That disappointed me a lot because we already wanted him at Dortmund when he was very young.”

On BVB’s efforts, Klopp added: “We had a long conversation when he was a boy, together with his father. In the end, he chose Madrid and that’s fine. But that’s why I always have his background tracked.”

“At that time, Martin was 15 years old and was already playing with the seniors in Norway,” continued the long-time Dortmund coach. “The whole world went crazy. He probably didn’t have any problems until he was 15. After that, a lot went against him. It makes him the person he is now, the man he is now and to the player he is now.”

Blancos won the race of numerous top clubs for the attacking midfielder in 2015. Several loan deals followed and in 2021 the permanent transfer to Arsenal. The 23-year-old has long been a manager and top performer there.

Klopp said: “I’m really happy that he’s now become the player we all expected to be. In fact, even better if you will. He plays a huge part in an incredibly strong one Arsenal team.”

Liverpool are visiting Arsenal next Sunday. The Gunners are currently top of the Premier League with 21 points, while Klopp’s team are 9th with just ten points.