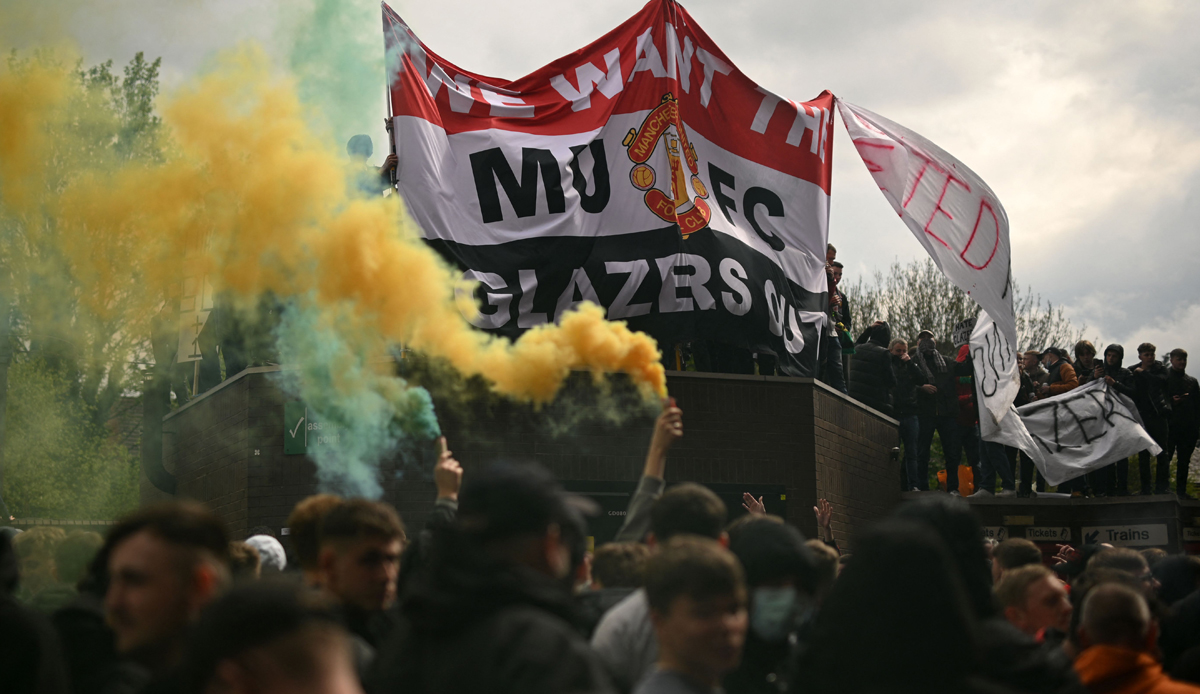 The memories of May 2, 2021 are still present with Jürgen Klopp, and these days they are boiling up again. At the time, Manchester United fans with their wild protests ensured that the duel with Klopp’s Liverpool FC was canceled at short notice – and now, just in time for the reunion, the ManUnited supporters want to take action again against the Glazer family, the owner family.

“I really hope it doesn’t happen (again, ed.), but if it does, I think we should get the points,” said Klopp before the duel between the troubled heavyweights on Monday evening (9 p.m. / Sky ) at Old Trafford: “If the fans don’t want the game to happen, then we can’t just reschedule the game and pack it somewhere into an incredibly full season. In a situation like that, the other team should always get the points because she has nothing to do with it and has prepared for it.”

If the game takes place, two teams who messed up their start of the season meet. Record champions ManUnited are bottom of the table for the first time in 30 years after two defeats, while runners-up Liverpool are only slightly better with two points.

The fact that Liverpool won the two duels 4-0 and 5-0 in the previous season “doesn’t bother me at all in view of the current game,” said Klopp: “And if at all these results can help ManUnited, that’s certainly additional motivation can draw from it.”

It is particularly appealing that the teams are playing against each other in what is a difficult situation for both of them, Klopp said: “The whole world will be watching, we will see how we master the challenge.”

“If I were in ten Hags position, I would want to see as much energy as possible on the pitch,” wrote Rooney, who has won 12 times against the Reds as a player: “Ronaldo has not trained much with the team. He looks like he still needs time to be really fit for a match. He wants to leave the club – and I would let him go.”