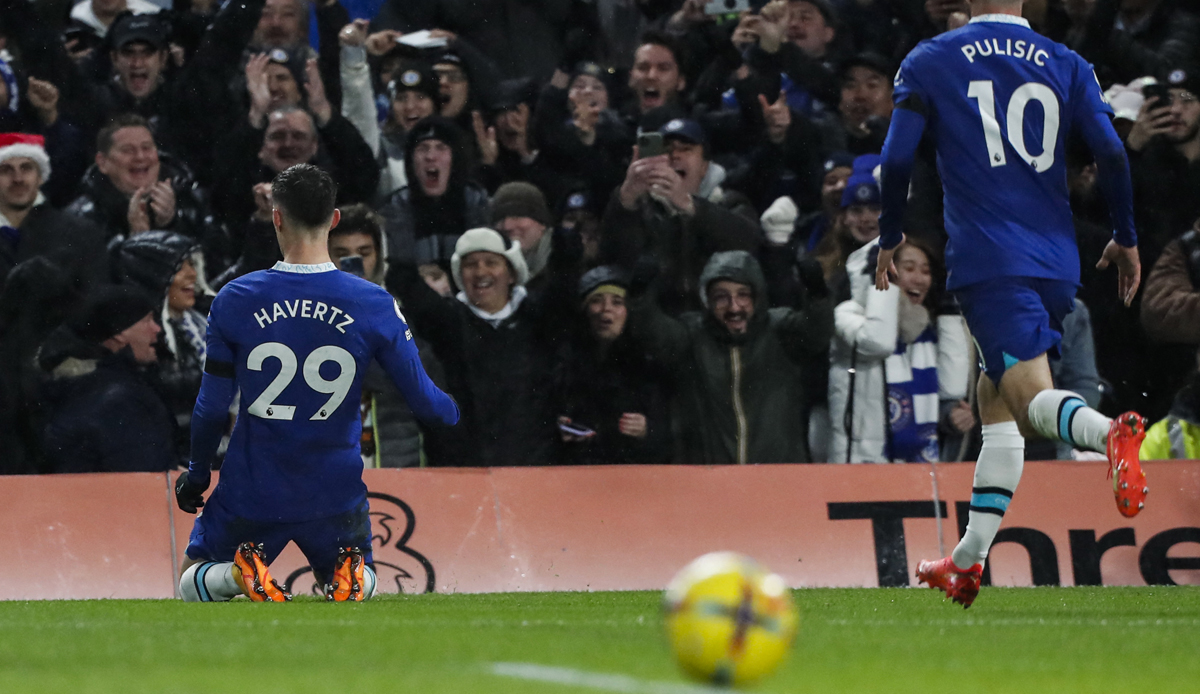 Kai Havertz is back in England, personally ending Chelsea’s crisis – and excelling in a position that caused Germany headaches at the World Cup.

It’s nicest at home, and Kai Havertz’ home has been the Premier League for two and a half years. London, Stamford Bridge, cold drizzle – on Tuesday evening Havertz was back on this stage, far away from Qatar and the national team. And 27 days after the bitter end of the World Cup in the desert, football was fun again.

A goal and an assist for Chelsea, Havertz personally ended the Blues’ crisis in a 2-0 (2-0) win over AFC Bournemouth, who had not won the league since mid-October. It was a “fantastic start” from the winter break, said Havertz and now wants “a run” – he himself carries the hopes of the big club.

Havertz is thus an example of a problem for the German national team, which still consists of many highly talented players, but who primarily function in their clubs. And the 23-year-old excelled for Chelsea as a central striker, in a position that caused German football a particular headache in Qatar.

Team manager Graham Potter gives him “the freedom to do what I want on the pitch. I like to live it out on the ball, that fits well,” he said: “I like to push into the penalty area, that’s what I’m supposed to do, and it paid off.”

Havertz scored the lead with a typical center forward goal after a low cross (16th), only eight minutes later he prepared the goal of Mason Mount – with overview, and also from the front line.

Havertz moved from Leverkusen to London in the summer of 2020 for 80 million euros, and the fans have now composed his own song. “Kai Havertz is the best on earth,” they sing to the tune of the 80s hit Heaven Is A Place On Earth. And remember his decisive goal in the final of the Champions League 2021.

Havertz is still missing the really big moments in the German jersey, maybe he can change that in the summer of 2024 when the European Championships take place in Germany. It’s nicest at home.