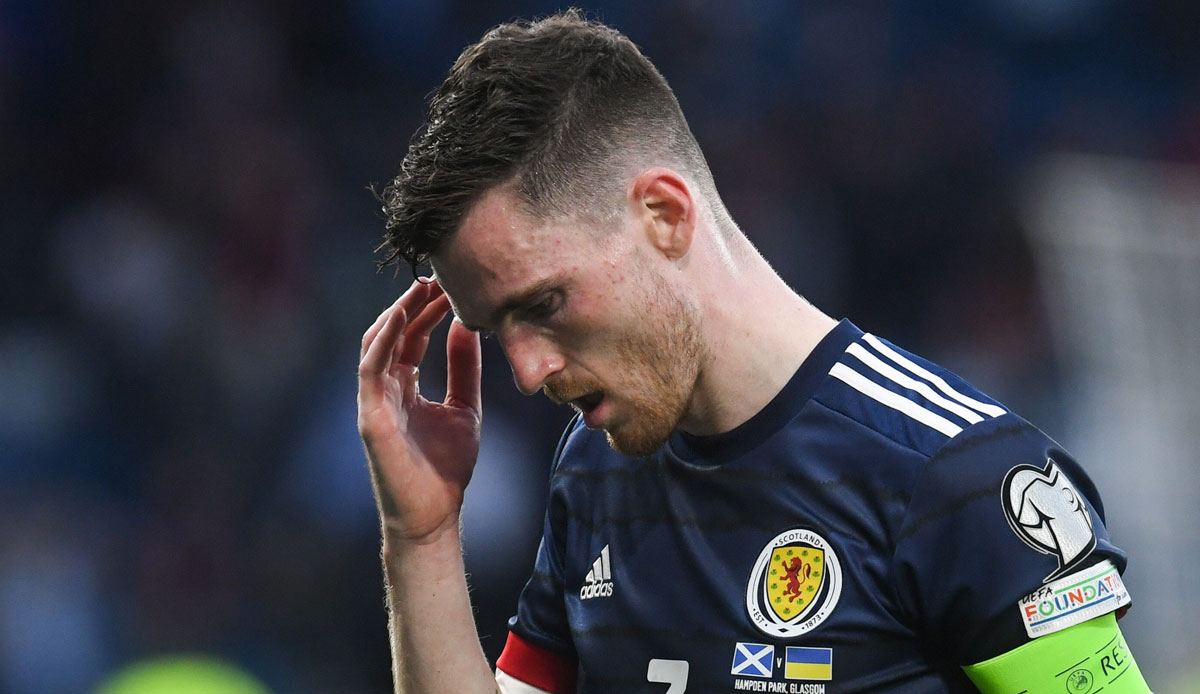 Liverpool FC’s Andrew Robertson is going through a difficult time. He had recently missed two titles with the Reds, in the World Cup playoffs the Scot failed with his national team against Ukraine.

“For me personally, it was the toughest ten days of my career. Emotionally, mentally, physically, in every way,” said Robertson after Scotland’s 3-1 defeat by Ukraine.

It was only on May 22nd that Robertson and Liverpool FC lost the close race for the championship against Manchester City. Six days later, the Reds lost 1-0 to Real Madrid in the Champions League final. On Wednesday, the dream of participating in the World Cup in Qatar finally burst.

The left-back will now “take care of it himself” to get back on the dam.

Robertson was criticized ahead of the World Cup ticket game after being spotted having a beer at the Liverpool bus party three days before the game against Ukraine.