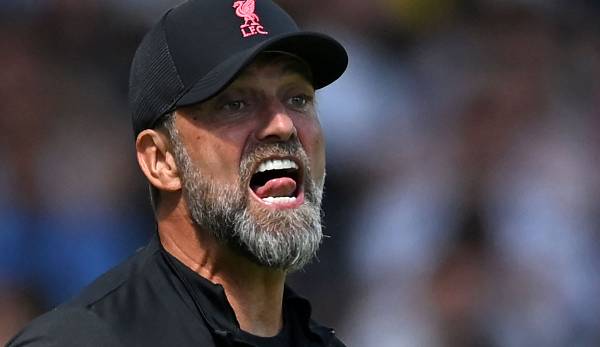 Jürgen Klopp praised his ex-professional Sadio Mané at Liverpool for his openness before moving to Bayern. He also expressed a lack of understanding for the business conduct of FC Barcelona.

When asked about the departure of top performer Sadio Mané from Liverpool FC to Munich, coach Jürgen Klopp said in an interview with the table football: “The Sadio story is a special one” and even went so far as to say: “But it should also be normal. Sadio told us early on that he would like to change. You talk to a player who has been with us for six years It’s perfectly normal.”

Klopp explained that he “would have liked to keep Mané”, but: “Sadio would like to do something different. It’s a free world, you should make decisions in this way: announce them in good time. If there are one or more interested parties If there’s a reasonable price paid, then it’s a deal. If it was always like that, that would be just cool.”

Meanwhile, Klopp was not surprised that other well-known names such as Dutchman Matthijs de Ligt (from Juventus) or Ryan Gravenberch (Ajax) switched to FC Bayern and not to other top European clubs. “From a German point of view, you shouldn’t make the mistake of underestimating FC Bayern’s charisma. If you go to Munich, the probability of becoming a champion is relatively high. Greater than, for example, with Juventus in Italy. It’s So it’s a real step to go from Ajax to Bayern, it’s a big one too.”

Other reasons that speak for Bayern are that the city of Munich is “beautiful” and Germany and FC Bayern give “security”. “It is not the case in all leagues that what has been agreed is there. Bayern are world class and rock solid, which is why they are also one of the most successful clubs in the world.”

Jürgen Klopp: “Don’t know if there is an Aki Watzke in Barcelona”

Another big club in Europe is FC Barcelona, ​​which is currently in a bit of a quandary. When asked if he could understand their business practices, Klopp said: “No. Not for various reasons. One reason is that I’m not a financial expert. The second reason is that if you tell me I don’t have any money, then I don’t give anything anymore My credit card has also been cut up twice already, luckily that was a few years ago. I’m watching it like a football fan, I don’t get it. I’ve found the club to be outstanding over the past few decades of watching football and hope they work it out.”

In a way, Klopp felt reminded of his ex-club BVB by the current situation at Barca: “The only club I know that once sold the stadium and other rights in advance was Borussia Dortmund. Aki Watzke had to go there come at the last second and save the whole thing. And I don’t know if there is an Aki Watzke in Barcelona.”