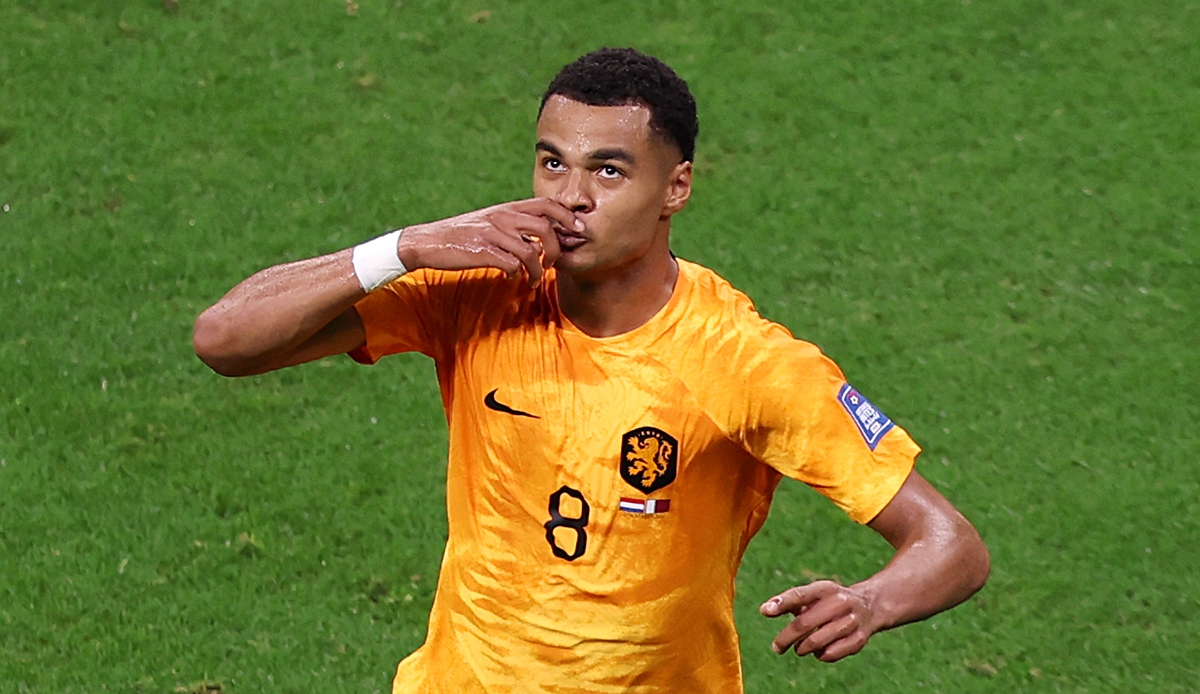 Jürgen Klopp can look forward to the Dutch World Cup discovery Cody Gakpo. After PSV Eindhoven, for whose professionals the offensive player had played since 2018, Liverpool FC also confirmed the transfer of the courted attacker on Wednesday evening.

Gakpo completed and passed the medical check on Wednesday, and the 23-year-old will join the Reds on January 1st. The club did not specify the duration of the contract.

PSV managing director Marcel Brands had already announced the agreement between the clubs on Monday and spoke of a “record transfer” for Eindhoven. So far, this brand has been held by the Mexican Hirving Lozano, who switched from Eindhoven to SSC Napoli in 2019 for 45 million. According to the English press, around 50 million including bonuses will flow from Liverpool to Gakpo in the Netherlands.

He is looking forward to his new role in England and to “starting training and playing for this great club”. Only the issue of the work permit is pending, according to Liverpool, but this is a formality.

Gakpo had made his way into the notebooks of big clubs in Qatar with strong performances and three goals for quarter-finalists Netherlands. Until recently, Manchester United was considered the favorite for his commitment. Gakpo’s contract in Eindhoven ran until 2026.