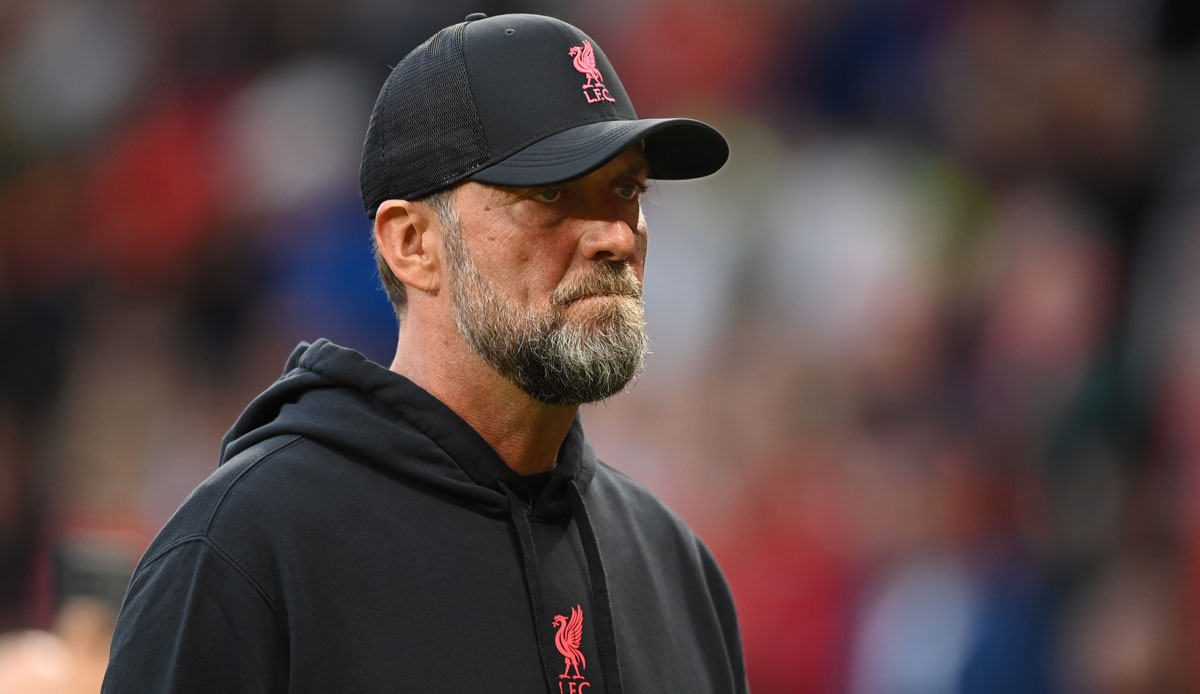 Liverpool FC is in crisis early on after losing 2-1 at Manchester United. Jürgen Klopp hopes for a quick turnaround after the false start.

Jürgen Klopp looked surprisingly composed. The Liverpool FC team manager felt no panic after the worst start to the season in ten years. Despite already being five points behind defending champions Manchester City and seven behind leaders Arsenal, the 55-year-old was still hoping for a quick turnaround after the 2-1 draw at arch-rivals Manchester United.

Because the Reds’ appearance at Old Trafford was “not a disaster game,” said Klopp. The situation with only two meager points from three games and 16th place is “not the easiest of all times. But when it rains, you have to get out. At the moment only one thing counts for us – the result. That’s what matters most today hurts,” said Klopp.

There are a number of reasons for the unexpected crisis at Anfield Road. On the one hand, Klopp has been struggling with serious injury problems since the start of the season. A total of nine players were missing from the guest performance at the Theater of Dreams, including Thiago, Naby Keita, Ibrahima Kanote, Joel Matip and Diogo Jota. 75m newcomer Darwin Nunez served his first of three games suspension after his headbutt against Crystal Palace (1-1).

Above all, the remaining, well-known defensive department presented itself as vulnerable and weak. Trent Alexander-Arnold was signed off as a right-back for 90 minutes, and Virgil van Dijk in this form is far behind his reputation as one of the best central defenders in the world. Van Dijk acted too passively when former Dortmund player Jadon Sancho (16th) scored the opening goal for United, and midfield veteran James Milner gave a hearty lecture just seconds later.

Liverpool: Increase only after 2-0

It was only after Marcus Rashford raised that Klopp saw his side’s game improve. Still, Mo Salah was unable to prevent Liverpool’s first defeat in their 22nd league game of the year. “From a certain moment we got the game under control and got a bunch of good stuff on the field. In the end the clock ran out too quickly. Then we lost our strength,” said Klopp.

Options to compensate for the wear and tear against a courageous ManU, which passed Liverpool in the table, were scarce for him. “We also had centre-backs and children on the bench,” he said, alluding to his talents Stefan Bajcetic and Bobby Clark, who are both just 17 years old.

Liverpool’s response needs to be quick despite the sparse staffing levels, with the Reds continuing on Saturday with a home game against newly promoted AFC Bournemouth. “Anfield has to rock there, we have to ignite the fire. We will try absolutely everything that the Liverpool fans expect of us,” Klopp promised: “We will fight for our lives.”

The current table of the Premier League