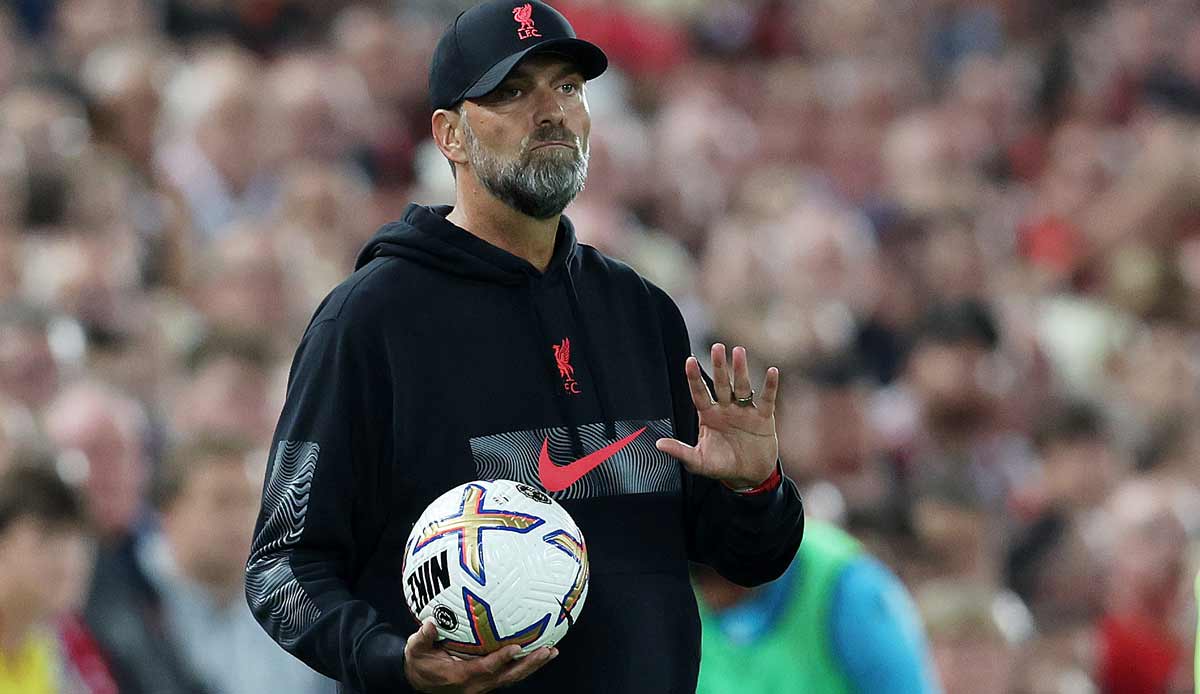 After just two games, they were four points behind their big rivals Manchester City – but Jürgen Klopp remained calm despite his FC Liverpool’s unsuccessful start. “Don’t worry, it’s just the start,” said the Reds team manager, adding with a wink: “If we end up with two points in May, it’s difficult, but right now it’s okay. “

In order? Rather disappointing. First the meager draw against newly promoted Fulham and now the next setback at 1-1 against Crystal Palace. Still, Klopp was far from declaring a crisis so early in the season. But the pressure is increasing, especially since the duel against arch-rivals and record champions Manchester United, who started even weaker, is due next Monday.

He was “primarily proud given the circumstances,” emphasized Klopp after a “crazy week. It was like a curse in the house.” The 55-year-old alluded to Thiago and Roberto Firmino’s injuries.

Things didn’t go as planned for the Reds in the game either. First Wilfried Zaha (32nd) shocked Liverpool with the 0: 1, then to make matters worse, million new signing Darwin Nunez saw the red card after an assault (57th).

“You shouldn’t behave like that,” Klopp criticized the Portuguese headbutt against Joachim Andersen: “That was definitely the wrong reaction. We don’t want to see that. He has to learn from it.” After all, Luis Diaz (61st) could be relied on, who saved at least one point with a dream goal.

After the 1-1 draw, his team “played well” even when they were outnumbered, said Klopp: “With a lot of passion. We weren’t lucky a few times.”

Liverpool have to settle for twelfth place after two matchdays, champions ManCity and Arsenal already have four points more.

It’s quite a burden for Klopp and the Reds given their tight title decisions in recent years. For comparison: In the 2020 championship season, Liverpool had only made three draws.