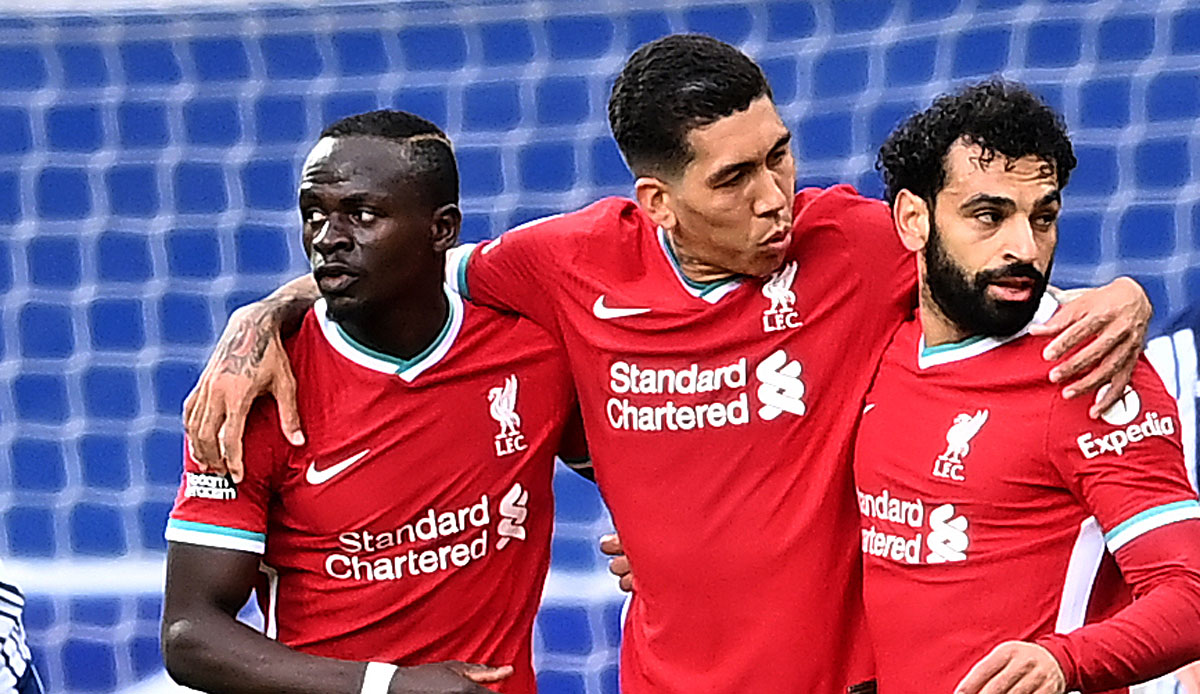 Speculations surrounding Sadio Mane are intensifying. Liverpool want to extend, Barca and Bayern are probably interested. How is Mane?

English champions, winners of the Champions League and Africa Cup of Nations, and top scorer in the Premier League: there has hardly been a title in recent years that Liverpool’s Sadio Mane hasn’t won. The winger is an absolute regular with the Reds and an undisputed top performer, and has long been one of the biggest stars in the world.

It goes without saying that just about every club boss on the planet would like someone like him on their team. The Spanish Newspaper Mundo Deportivo reported on Tuesday that Mane is a serious option for Barcelona and the former Southampton player is interested in a move to the Spanish league.

In addition to Barca, is FC Bayern also hot for Mane? According to sky should the record champions deal with Mane, sports director Hasan Salihamdzic wants to bring the Senegalese to Munich. According to this, a meeting between Salihamidzic and consultant Björn Bezemer in Mallorca was also about his client Mane. According to information from SPOX and GOAL The conversation was more about Serge Gnabry’s pending contract extension and also about a possible move from Leipzig’s Konrad Laimer to Munich. Sadio Mane, on the other hand, was not an issue.

But how is the situation with the right winger, whose contract in Liverpool expires in 2023, at all? How does the club feel about Mane’s future?

Liverpool sources say the situation is relaxed as talks between the club and Manes agent Björn Bezemer are scheduled for the end of the season. Bezemer has a close relationship with Julian Ward, the future Reds sporting director.

He was at Villarreal with Ward and other club officials for the recent Champions League game and it is unlikely that the rumors of Mane’s move are a ruse to persuade Liverpool to speed up contract talks.

For his part, Mane has stressed he wants to focus on football at the moment while Liverpool are still aiming for the possible quadruple. Liverpool beat Aston Villa in the Premier League on Tuesday and will face Chelsea in the FA Cup final at Wembley on Saturday. On May 28th there will be the Champions League final against Real Madrid in Paris.

Jurgen Klopp would ideally like to keep Mane at Anfield but the situation is complicated by the fact that Mohamed Salah and Roberto Firmino are also nearing the final year of their contracts. It is considered unlikely that all three will extend.

In the case of Salah, Liverpool know they will have to break their existing salary structure to keep the Egyptian. Mane’s salary demands would not fall far short given his performances over the six years at the club, but any offer could depend on the outcome of negotiations with Salah depend.

Mane: Does the star striker want to leave Liverpool?

As of this writing, there is no indication, public or private, that Mane is looking for a new challenge. He is happy on Merseyside, although of course he is aware that several top European clubs are keeping an eye on his situation.

Mane’s performances for Liverpool have been strong this season, especially since the turn of the year. The attacker has scored 21 goals in all competitions and has lately developed well in the central role as a striker, while new signing Luis Diaz excels at left flank.

Diaz’s arrival in January was taken as a sign that the Reds are planning for the post-Mane period. Liverpool have also secured a player who can be used flexibly up front in Fulham’s Fabio Carvalho.

But Klopp, who himself recently renewed his contract, sees both Mane and Salah as key players in Liverpool’s future. He has stated that both will be able to play well into their 30s due to their professionalism and stamina.

He is aware that it would be extremely difficult to replace the performances of either player, even considering the positive impact the likes of Diaz and Diogo Jota have had on Liverpool’s performances.