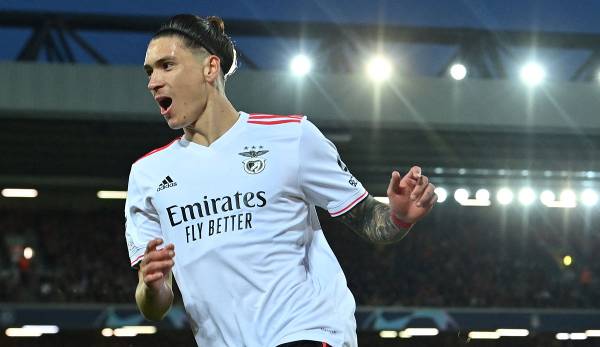 For years, Liverpool FC has been distinguished by its outstanding strike trio of Mohamed Salah, Sadio Mane and Roberto Firmino. This era is coming to an end, and all three could have left the club by 2023. However, the Reds around manager Jürgen Klopp have made provisions – and not for the first time.

In January 2018, a reorganization was due at Liverpool FC: when the Reds finally gave in to Philippe Coutinho’s change request and sold him to FC Barcelona for over 130 million euros, Klopp had to replace his most feared offensive player, and that in winter. Impossible?

No, after all, the squad was already “prepared” for Coutinho’s move, if you will: With Roberto Firmino (arrived from Hoffenheim in 2015), Sadio Mane (from Southampton in 2016) and Mohamed Salah (from Rome in 2017), Liverpool had a new line of attackers , which should shape the club for years. The trio’s competitive haul in the 2017/18 season: an impressive 91 goals.

Four and a half years later, Liverpool is facing another turning point. The trio is likely to be broken up this summer – Manes’ move (contract until 2023) to Bayern depends on the fee, but an agreement can be expected sooner or later – all three could even have left the club by 2023 at the latest.

Salah’s contract then expires, and even if he has ruled out an early departure, a contract extension is anything but a matter of course. He recently revealed that he was “shocked” by his seventh place in the 2021 Ballon d’Or election L’Equipe: Are the chances at another club maybe better? Firmino’s contract also runs until 2023 and he also wants to stay, but talks have been extremely quiet in recent months.

Impossible to replace this legendary trio at Anfield? No, because as in 2018, the club has long since done its homework: buy in time, then you’ll have it in need.

Ranking of the most valuable players: A player from Leipzig is ahead of Wirtz!?

“Our strategy is to sign the right players at the right time,” said manager Jürgen Klopp in February 2022. His club had just signed Luis Diaz from FC Porto, a 25-year-old left winger, for over 40 million euros.

Left winger, nominally Mane’s preferred position. A change for the Senegalese was not really an issue at that point, but “we are aware of problems such as positions or contracts,” said Klopp meaningfully: “We’ve had this team together for a long time, it’s fantastic, one of the most successful in the history of this Clubs, but we will never fail to look to the future.

The Reds around transfer planner Michael Edwards had already looked to the future in September 2020, when the Portuguese Diogo Jota was brought in shortly before the transfer window closed, for a sum similar to that of Diaz later. A versatile center forward – actually Firmino’s position.

At that point, the Reds had just won their first championship title in 30 years with a proud 18-point lead – and if the season hadn’t been interrupted by Corona, it would have been even more. There were no top-class departures on the offensive, but a squeezed season with an incredible number of competitive games. The squad just wasn’t wide enough up front. And it was a commitment looking to the future. Bit by bit, Jota took over Firmino’s minutes in particular – his statistics decreased, his increased.

Liverpool FC: Statistics of the most important offensive players in comparison (goals/assists)

Jota was followed by Diaz and now Darwin Nunez: The double cup winner has reached an agreement with Benfica to transfer the 22-year-old striker. The transfer fee is initially 75 million euros, with bonus payments the sum can increase to 100 million euros. Nunez is set to become a new record signing for the club (previously €85m for Virgil van Dijk).

Three new players for the offensive row of three within three years – that sounds familiar.

The special thing about these transfers: apart from strengthening the squad across the board, they are actually not necessary. Firmino (turns 31 in October), Mane (turns 30 in April) and Salah (turns 30 on June 15) may not be young anymore, but they certainly aren’t old people either. One could rightly speak of the famous “best footballer age”. There isn’t really a drop in performance either, maybe with Firmino, but when he plays he still delivers regularly.

So why the signings? Klopp and Co. could have put their full focus on contract extensions: Firmino would definitely stay, and with Mane and Salah, with the correspondingly increased salaries, there would be few arguments for a change, whether sporting, tactical, with the coach or with Feel-good factor: The fans adore them.

Liverpool could have used the same tactics as FC Bayern did with Arjen Robben and Franck Ribery a few years ago: rely on the slowly aging but still delivering crowd favorites – and then, when it really doesn’t work anymore, the upheaval follows.

But this upheaval should be avoided with the Reds – and the reader will have noticed that this term was also left out in this text as far as possible up to the previous line. With the unbelievable level of performance in the Premier League and the level of competitor Manchester City at the top, a change would simply be too risky. Instead, one can speak of a gradual conversion, of deliberate reloading so that there are always enough cartridges in the chamber.

Even if one or the other star might leave a year earlier than necessary: ​​the club is ready. In the last few months, Mane has played almost exclusively as a center forward in the important games, while Diaz has been able to acclimate to the left wing. Was that in preparation for the Nunez move that would now seamlessly fill a gap left by Mane?

That cannot be ruled out. “This is how we do it: We build a team for now and for tomorrow,” emphasized Klopp. Expensive transfers are also necessary for this – for sums that he had resisted a few years ago. But: “We’re Liverpool, we can’t just rely on talent, because: ‘We’ll look in two or three years and then they’ll be ready.’ There always has to be a mix.”

There is a mix-up with Nunez at the top, and if Salah is not extended, the club can certainly be expected to make the next transfer in winter, this time for the right offensive side. Although a bit of fresh money in the till would probably not hurt. “Our stance is clear,” said Klopp after the Diaz deal: “We only spend what we earn. Let’s take in more, we spend more. Let’s take in less, then less.”

Statements that should give Bayern fans hope for a Mane change. Liverpool supporters, meanwhile, are hoping for many more years in the European elite. Even after the Salah Mane Firmino era.