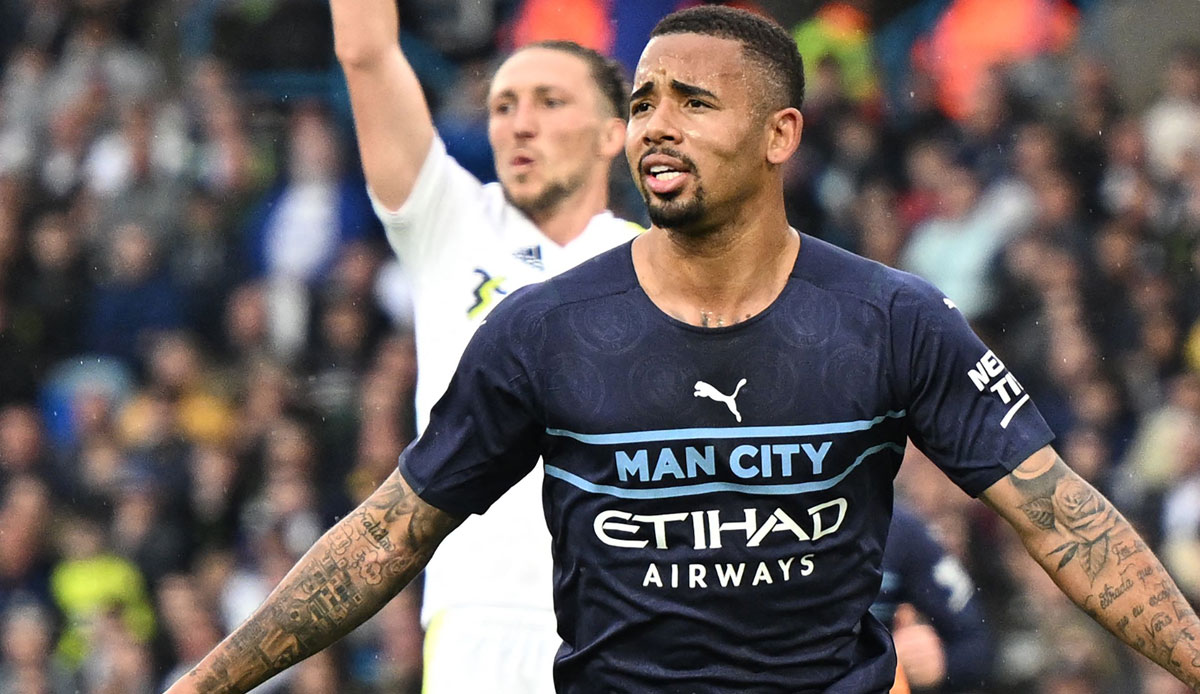 A transfer from Gabriel Jesus to Real Madrid continues to take shape. And that’s despite City putting a hefty price tag on the striker.

Manchester City are said to have put a price tag on Gabriel Jesus. Real Madrid, who are interested according to Spanish radio station Cadena SER, would have to put up €50m for the Brazilian.

Although Jesus’ contract at Manchester runs until 2023, City now want to sell the striker for a profit, according to the report. After the signings of Erling Haaland and Julian Alvarez, the English champions are well positioned in attack, while Gabriel Jesus would like to get more playing time and sees better chances at another club.

Cadena SER reports that Real is still interested despite the high transfer fee, but that the offer has to be thoroughly reconsidered. The salary of the 25-year-old should also play a role. At Manchester City, the young striker reportedly earned around 7.5 million euros net per year.

In addition, Jesus’ passport could still cause problems. With Vinicius, Rodrygo and Eder Militao, Real Madrid already have three players who come from Brazil and therefore not from the EU. More are currently not allowed in LaLiga. Real is hoping that Vinicius will get his Spanish passport soon, but if this process is further delayed, the Madrilenians would have to get out of Jesus Poker for good.

As well as the Madrilenians, Borussia Dortmund, Tottenham, Arsenal and Chelsea are said to be open to talks about a Gabriel Jesus transfer, according to a report by mark.