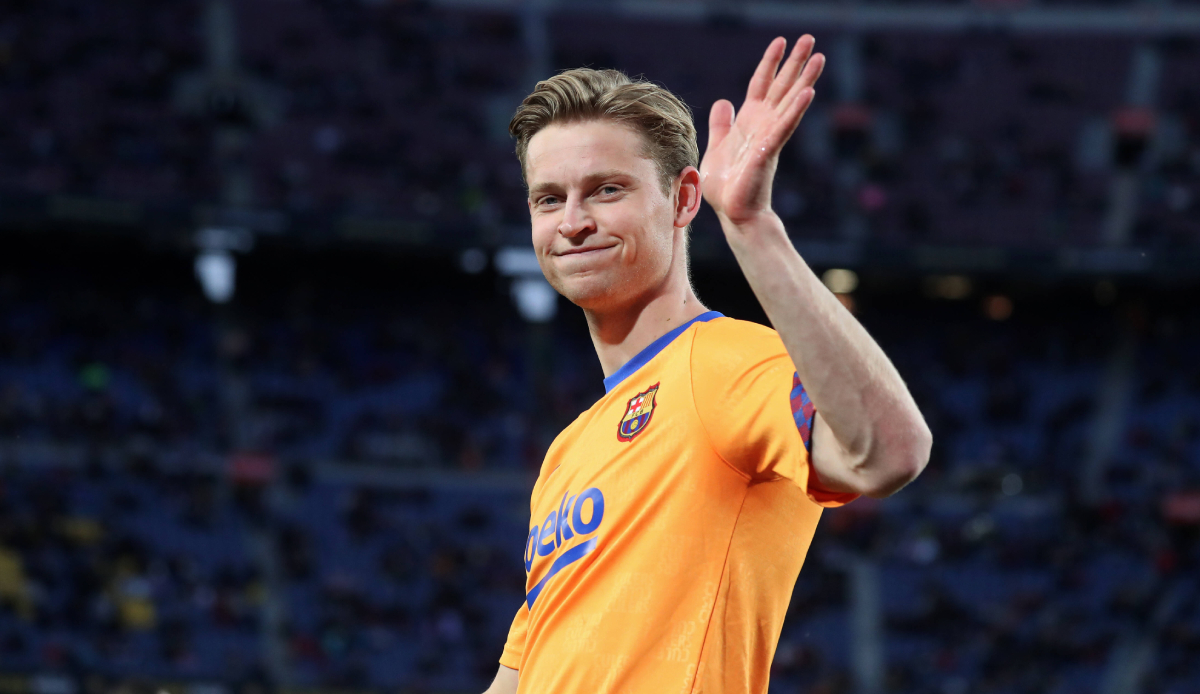 England champions Manchester City are interested in FC Barcelona midfield star Frenkie de Jong. That writes the Daily Mail. According to their report, the Citizens want to sign the Dutch international for the coming season in order to strengthen their core.

There is a need at the heart of Pep Guardiola’s side with veteran Fernandinho leaving the club in the summer when his contract expires. De Jong, whose contract at Barca runs until 2026, is said to be allowed to leave Blaugrana this summer to bring fresh money into the club’s coffers.

Guardiola wanted to guide the 24-year-old to the Etihad Stadium in the summer of 2019, and family members were even spotted in the city at the time. However, De Jong decided at the time to move from Ajax Amsterdam to Barcelona. The transfer fee was 86 million euros. With a three-year delay, City could still get the Dutchman after all.

De Jong, who has also been linked with Bayern Munich, has featured in 44 games for the Catalans this season, recording four goals and five assists.