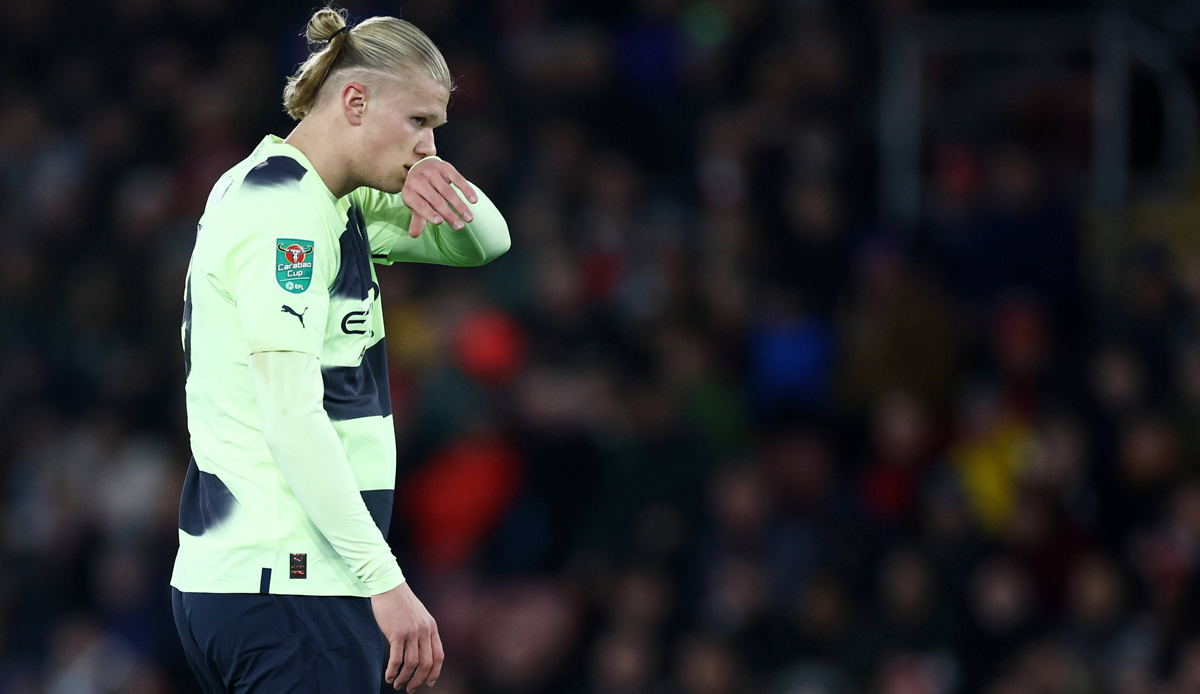 Champion Manchester City surprisingly failed in the quarter-finals of the English Football League Cup at Southampton FC. Without stars like Erling Haaland and Kevin de Bruyne, but with national player Ilkay Gündogan as captain in the starting XI, Pep Guardiola’s team lost 0-2 (0-2) at the bottom of the Premier League. Nottingham Forest are through to the semi-finals for the first time since 1992, beating Wolverhampton Wanderers 4-3 on penalties.

City, who have won the League Cup six times in the past nine years, started without Haaland, de Bruyne, Bernardo Silva and Riyad Mahrez. The penalty quickly followed as Sekou Mara (23) and Moussa Djenepo (28) scored for Southampton, who have been unbeaten in the league since 19 October. After the break, de Bruyne and later Haaland came, but the turnaround was no longer successful.

In Nottingham it was 1-1 (1-0) after 90 minutes. Willy Boly (18th) gave the hosts the lead against his former club before Raul Jimenez (64th) equalized. In the penalty shoot-out, Nottingham kept their nerve. Forest last reached the semi-finals 31 years ago under legendary coach Brian Clough.

Record champions Manchester United and Newcastle United had already moved into the semi-finals on Tuesday. The semifinals will be played over two legs at the end of January.

The final will take place at Wembley Stadium in London on February 26. The winner of the EFL Cup will receive a starting place in the Europa League in the coming season.