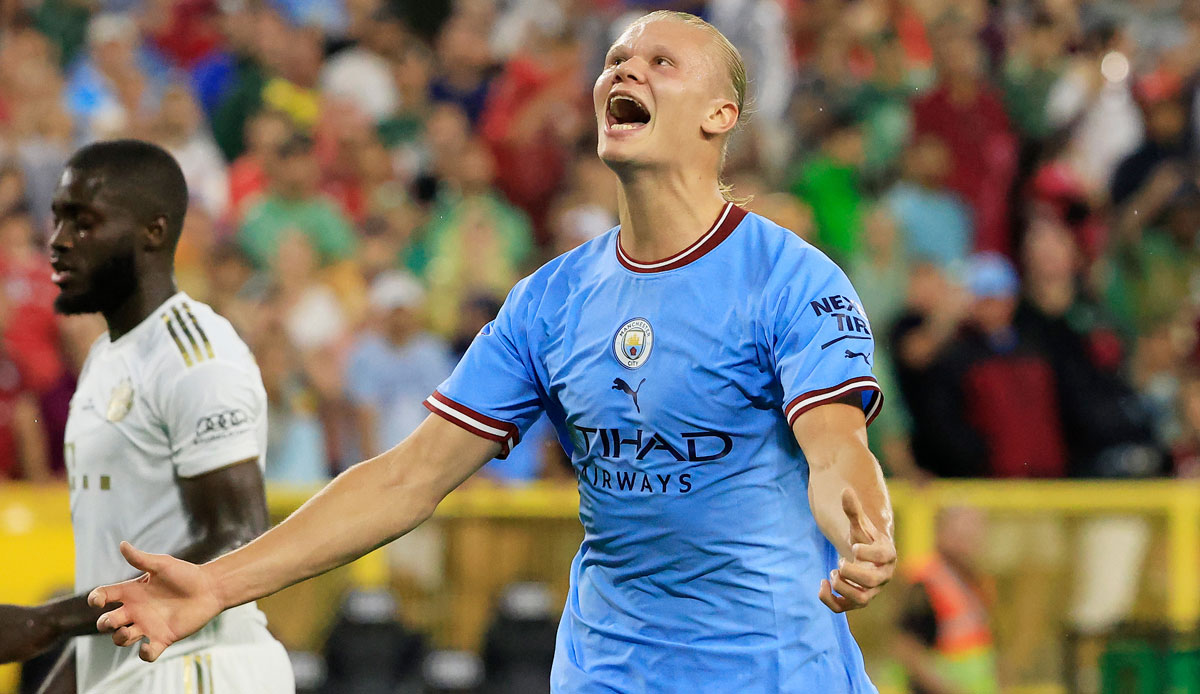 Ilkay Gündogan is already enthusiastic about his new teammate Erling Haaland after just a few weeks. “He’s a machine, especially with his stature and the physical strength he brings,” said the midfielder from English champions Manchester City in an interview Sky sports about the Norwegian.

Gündogan is hoping for additional variability from the former Dortmund player in addition to many goals. “I think he brings a completely different quality to our team because we’ve never really had that big, beefy striker in recent years. Now we also have the alternative of hitting crosses into the penalty area and we know that we can because we really have a player who is strong in the air and who, with his physique, can also assert himself against Virgil van Dijk,” said Gündogan about the 22-year-old.

City can win their first title of the season on Saturday, against Jürgen Klopp and Liverpool FC in the fight for the FA Community Shield. “If there’s a trophy to win, then you want to win it too. It’s comparable to the German Supercup and so we’re looking forward to the duel with our biggest opponent. I think it’ll be an exciting game if you’re not that can correctly assess where both teams stand. It will be a great duel, I’m sure of it,” said Gündogan.