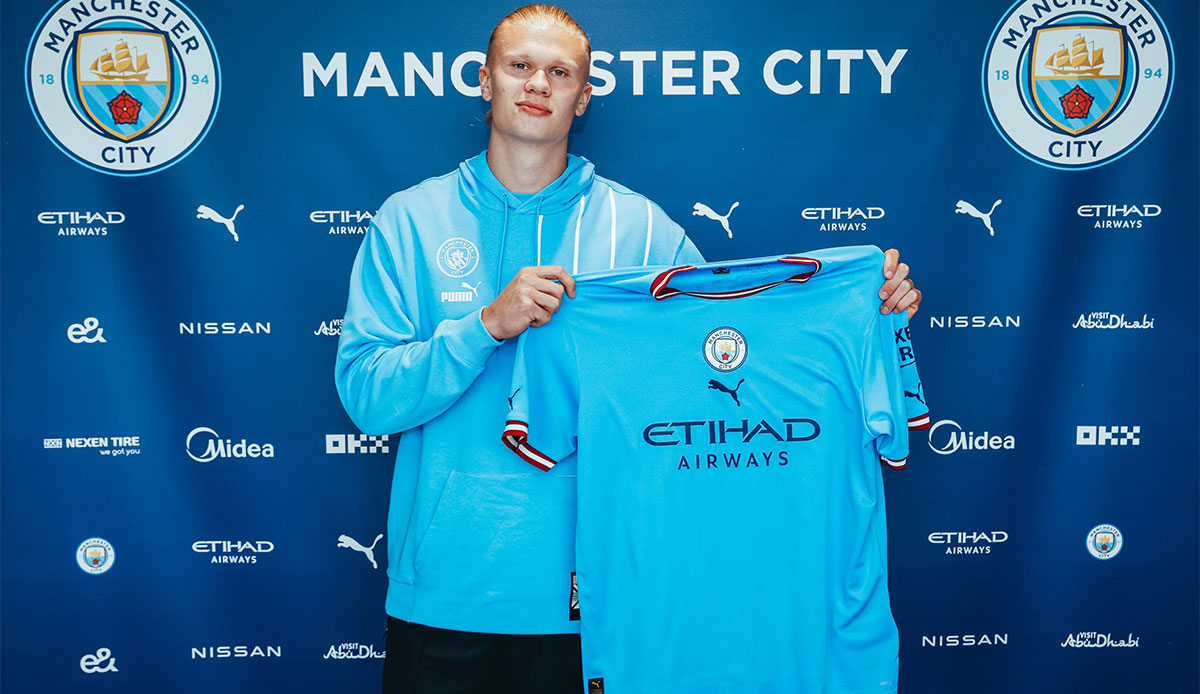 Manchester City finally announced the commitment of attacker Erling Haaland, which had been fixed for a few weeks, as official on Monday morning.

The Norwegian has signed a five-year deal with the English champions until 2027. Contrary to what was long assumed, Haaland’s exit clause at Borussia Dortmund is said to have been around 60 million euros.

Manchester and BVB had already confirmed an agreement on the transfer of Haaland in mid-May.

City have now clarified the final details with the 21-year-old striker themselves.

“This is a proud day for me and my family,” said Haaland on City’s official club website. His father Alf-Inge played a total of 45 competitive games for the Skyblues from 2000 to 2003. “I’ve always followed City and have loved it over the past few seasons.”

Haaland, who was primarily associated with Real Madrid, had scored 86 goals in 89 appearances for BVB in two and a half years. At the beginning of 2020 he switched from RB Salzburg to Dortmund for 20 million euros.