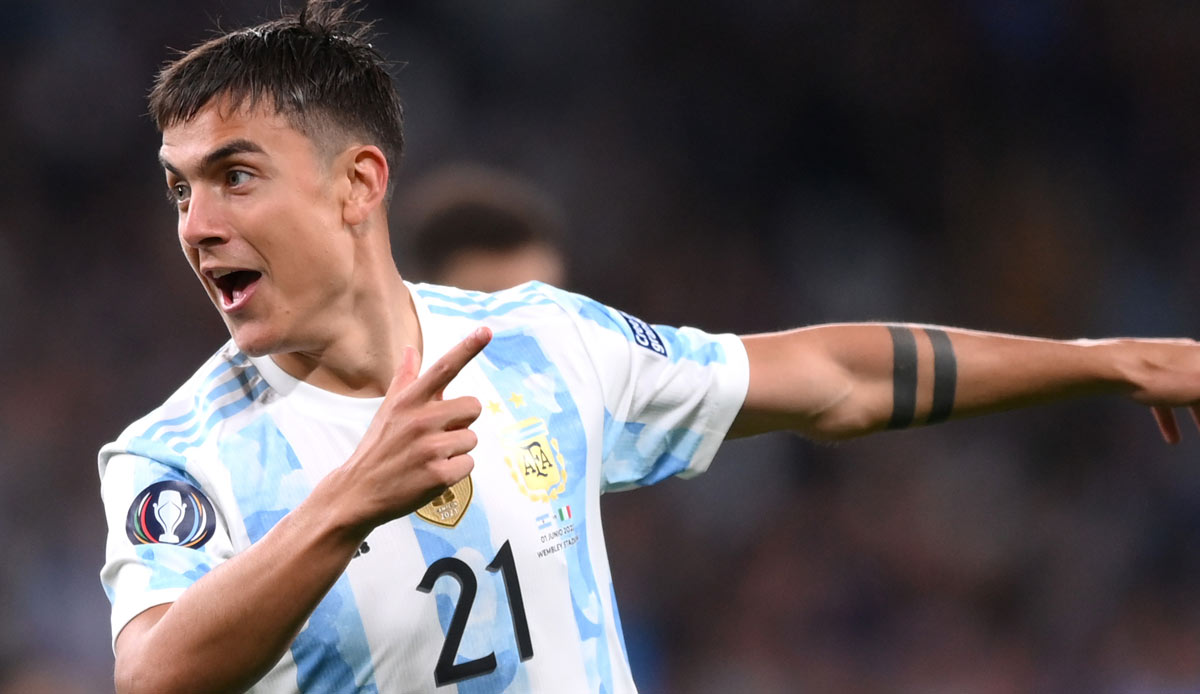 A move from Paulo Dybala to Inter was actually considered almost certain, but now Manchester United could still step in between.

Manchester United has apparently switched to the transfer poker for Paulo Dybala. As Sky Italia reported, those responsible are in talks with the advisor of the 28-year-old offensive player.

Dybala had not extended his contract with Italian record champions Juventus and could therefore move to Old Trafford for a free transfer. There, the Argentine could replace Cristiano Ronaldo, who is willing to emigrate.

Dybala, meanwhile, was on the verge of a move to Inter Milan but interest seems to have cooled off a bit in recent weeks. The Nerazzurri had already signed Henrikh Mkhitaryan and Romelu Lukaku for the offensive.

“Dybala is part of the free agent players available on the market – he is and has been one of the possibilities, but we have already strengthened our attack with very good players,” explained Inter boss Beppe Marotta on Tuesday.