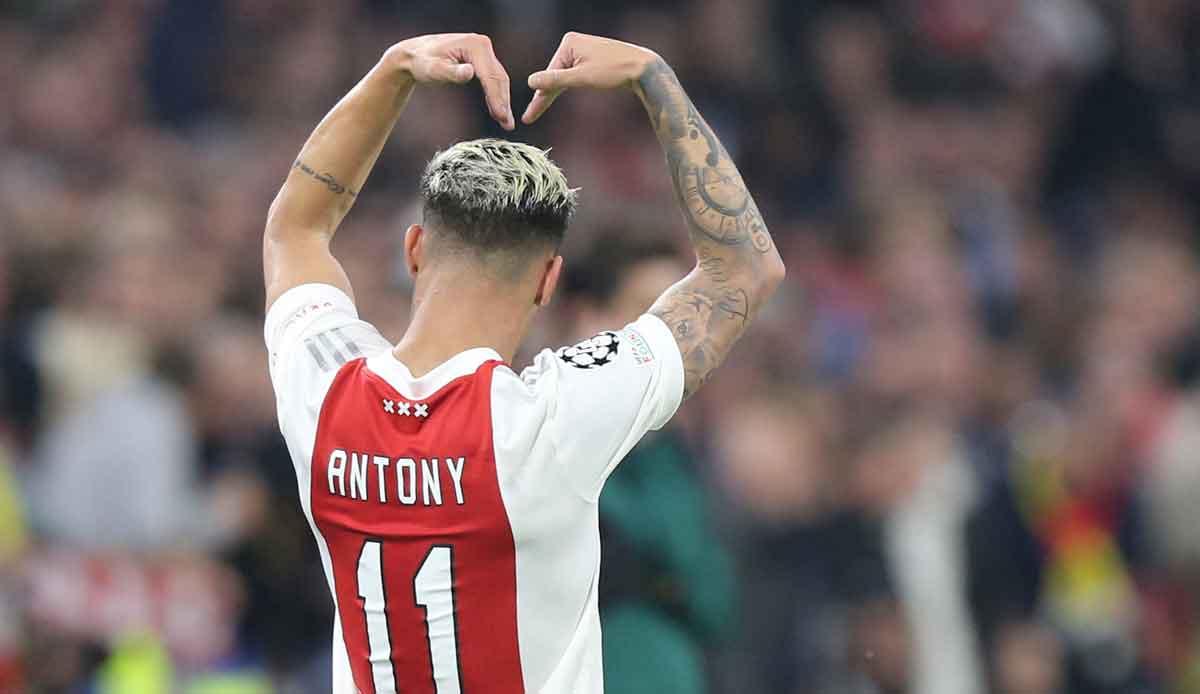 Manchester United are making progress in their efforts to sign attacking player Antony from Ajax Amsterdam. According to information from SPOX and GOAL, the Brazilian’s agents are already in Europe to hold talks with the Red Devils and possibly even finalize the transfer in a timely manner.

Antony’s future could already be clear in the coming days, for which United would have to transfer 60 million euros to Amsterdam.

The English are confident of completing the signing of the 22-year-old – not only because they already have good relations with Ajax, but because Antony would also follow his promoter Erik ten Hag.

The Dutch coach left Ajax after four and a half years and, as is well known, will be the new coach in Manchester for the coming season.

Of the 60 million euros transfer fee, around 15 million euros would go to Antony’s hometown club FC Sao Paulo, who were able to secure a resale stake in the transfer to Ajax 2020.

Antony has become one of the most sought-after players in Europe at Ajax over the past two years. In addition to United, Liverpool FC and FC Barcelona are said to have recently expressed an interest in the Brazilian international.