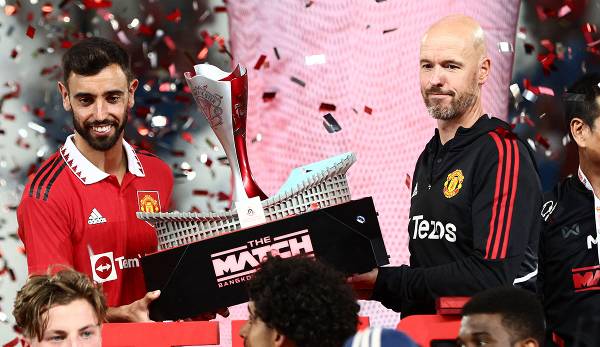 However, the prestige duel did not have too much significance due to the many player changes.

Goalkeeper Alisson, captain Jordan Henderson and striker Luis Diaz were just three of the Liverpool pros who started the Champions League final against Real Madrid (0-1) on 28 May.

“Liverpool played with three different teams, they weren’t at their best level. We won’t overestimate the result,” said ten Hag: “But I saw a lot of good things.”

Klopp also brought Germany U18 international Melkamu Frauendorf off the bench. The midfielder (18), who moved to the island from Hoffenheim in 2020, has played one competitive game for the Reds so far.