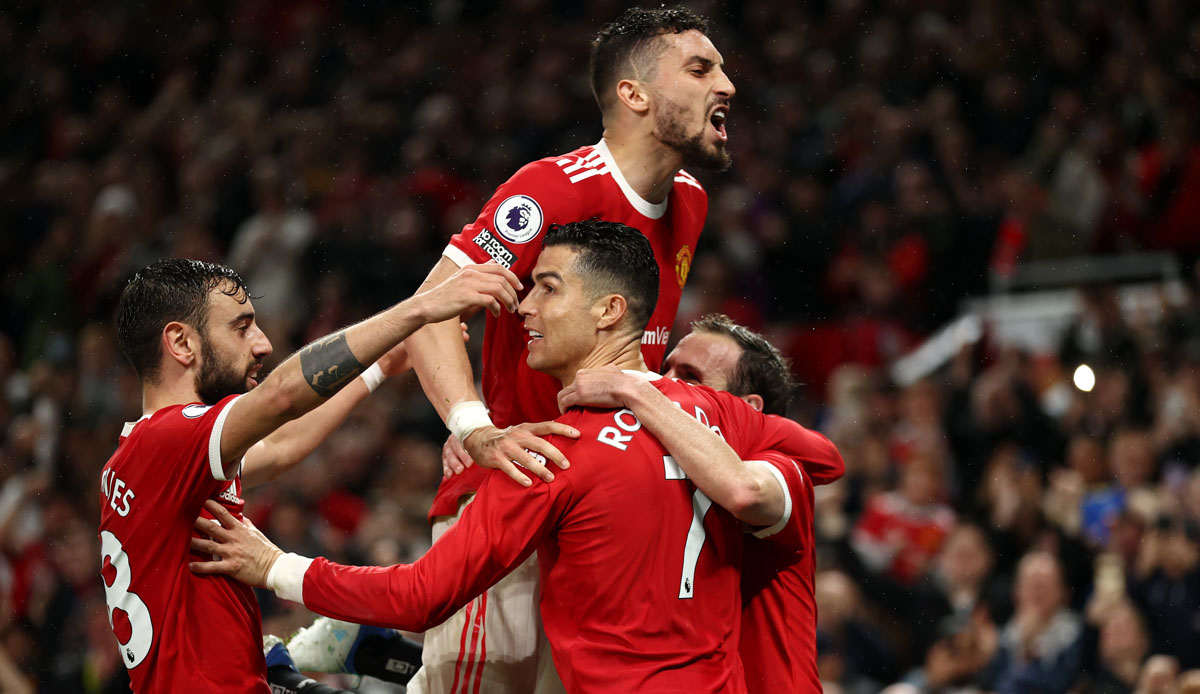 At Manchester United, five contracts will expire this summer and at least seven other players are on the brink. A new perspective could open up for an ex-hope who is currently on loan at Everton FC under new coach Erik ten Hag. And what is Cristiano Ronaldo doing? The Red Devils in the squad check.

The Spaniard is part of United’s inventory and has been at the club since 2011. Last autumn it still looked as if United would want to orientate themselves elsewhere in the goal in the medium term, there are now some indications that the club will extend de Gea’s contract by a clause for another season. Even if the new coach Erik ten Hag could prefer a goalkeeper who plays even more. For the same reason, de Gea is no longer a seed for Spain’s national team.

The former England international (3 caps) spent 13 years at United when he was young and returned to United last summer as a substitute. He will stay. In previous years he was a regular keeper at Aston Villa, Burnley FC and Cardiff FC.

The Frenchman was one of United’s first big purchases of the past summer period and was seen as the key transfer for the defence. But so far he hasn’t really justified the €40m fee United paid to Real Madrid. Many injuries threw him back, he could only rarely convince. Next season, under Erik ten Hag, he can once again prove that he embodies world class without Sergio Ramos at his side.

United’s Watschenbaum (for non-Bayern: whipping boy) par excellence. No player is more representative of the club’s crisis than the central defender and captain. Rightly so in large part. Nevertheless: The second most expensive player in the club’s history (he cost 87 million euros in 2019) will not become a victim of the rebuilding. At least not this summer. But it needs to improve significantly.

The kicking meme: This is how the network makes fun of United captain Maguire

In Manchester since 2017, the Swede has been flying practically under the radar since 2017. However, the central defender still performs regularly. Also this season in which he performs better than Varane and Maguire.

Certainly not one of the worst United players until his foot injury in early April. Set links in the chain. Should Ten Hag play with a back three, then stop on the left rail.

Sees himself as one of the winners of a thoroughly disappointing United season. Reason: He, who was loaned to AC Milan last season due to a lack of prospects, was finally allowed to play regularly. Looking forward to Erik ten Hag.

According to Dean Saunders, a former Liverpool and Aston Villa striker, McTominay is the only United man to have improved significantly this season. In a throng of stars increasingly desperate to stay in shape, the homegrown is indeed a solid worker on a good day. But even on good days, his pass rate is below average and rarely exceeds 85 percent. In the flattering 1-1 draw with Chelsea, it wasn’t until the 84th minute in the second half that he got the ball to a team-mate. Does that fit with ten Hag’s more dominant idea of ​​​​football?

Fred is United’s best midfielder under Ralf Rangnick. A tireless presser and worker. But a central midfield of McTominay and Fred can ideally be many things, but certainly not really creative. But he will also be needed as a role player under ten Hag.

Getting the Portuguese to shine again is likely to be one of ten Hag’s bigger challenges. However, an extremely worthwhile one: A great playing Fernandes alone could take United to another level.

The biggest disappointment at Manchester United: That’s how you voted

The 19-year-old celebrated his (short) Premier League debut in a desolate 4-0 loss to Liverpool – and not only impressed United legend Gary Neville. “He reminded me of Nobby Stiles and Eric Harrison and the basic principles of a footballer: fight, win tackles, fight for every ball. He was the only one to show today that he has the heart and soul to play for Manchester United,” said Neville.

The €80m new signing from Dortmund endured a very complicated first season at United, but in a system without a real attacking wing it is not always easy for a player with his qualities. Ten Hag, on the other hand, is a declared fan of real wing tongs: things could definitely go uphill for Sancho.

The young Swede received more and more playing time under Ralf Rangnick and recently left Marcus Rashford behind in the hierarchy. Rangnick was quoted as saying on the club’s website that he was a “player with a top mentality”. Will make his way, possibly without a small detour on loan.

Had his return season to United certainly imagined differently. The rumor that he could leave the club again after this season will probably persist for a while, also because he keeps fueling the rumors himself. The likelihood that he will play under ten Hag at United seems higher.