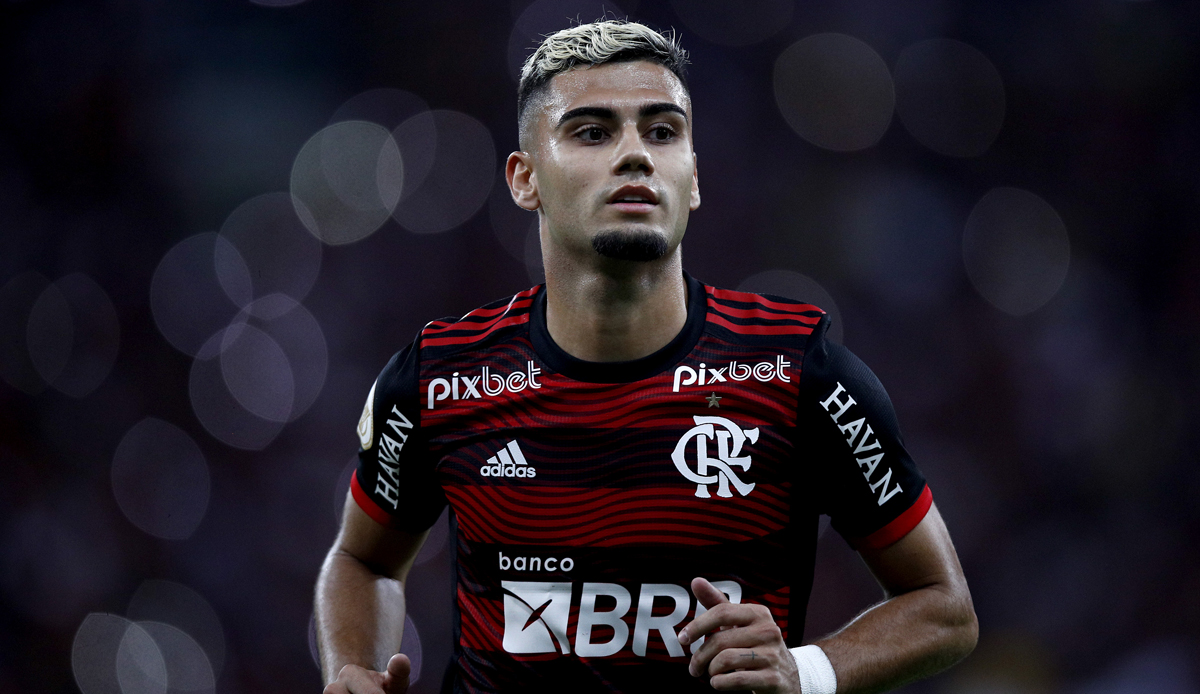 The next Neymar or Vinicius? The European heavyweights are always on the lookout for the next super talent from Brazil and regularly send their scouts to South America. Manchester United are no exception, so they sent their scouts to a Flamengo game a few months ago. The observers enthusiastically brought back a report from a certain player who United officials had known for a long time – because it was their own player.

The Red Devils sent loud ESPN several scouts at a Flamengo game to watch up-and-coming Joao Gomes. However, there was not much to admire from Gomes in Flamengo’s 2-1 win over Fluminense at the end of May, the 21-year-old was only on the bench for the entire season. However, another Flamengo player convinced the ManUnited scouts.

Andreas Pereira scored the 1-1 equalizer and set up Gabriel Barbosa’s 2-1 winner. The 26-year-old has been playing for Flamengo since summer 2021, has shown a clear improvement since his arrival and also delighted the United scouts against Fluminense.

Back in Manchester, the observers made a scouting report of their discovery. The crux of the matter? Andreas Pereira has been under contract with Manchester United since 2012, the Brazilian came to the Red Devils in his youth and has not yet been able to consistently recommend himself for the first team. That’s why Pereira was loaned to his home country to Flamengo.

According to the Daily Mail Pereira should now get another chance in midfield at Manchester United after the departures of Paul Pogba, Juan Mata and Jesse Lingard, and with Erik ten Hag a new coach has the scepter in his hand at Old Trafford.

The development in his home country can make Pereira optimistic, the United scouts finally saw potential in him for a move to the Premier League – even if he did it more than ten years ago.