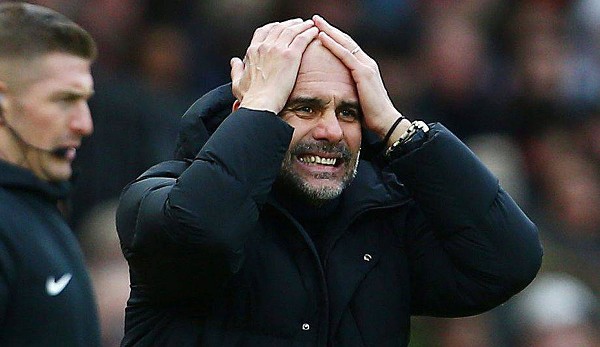 The English record champions Manchester United won the 189th city derby against rivals City after a furious comeback. Team manager Erik ten Hag’s team turned the game around after falling behind and won 2-1 (0-0) against the reigning champions at Old Trafford.

Here is more information about United vs. City in the live ticker.

Man City missed the chance to move up to two points from leaders Arsenal. The Gunners can now go wide with a win in the north London derby against Tottenham Hotspur on Sunday. After their seventh win in their seventh competitive game of the year, United are only one point behind the Citizens in third place.

Jack Grealish (60th) brought the visiting team of star coach Pep Guardiola, who played his 500th game as a professional coach, in the lead shortly after his substitution. United came back into the game with a controversial goal from Bruno Fernandes (80′), and a short time later Marcus Rashford (82′) used the momentum to make it 2-1.

“We played a very good game. They are very dangerous in the transition game and have punished us. Congratulations to the opponent,” said City coach Pep Guardiola about the game. “We weren’t quite as dangerous up front, we didn’t play well together. But that’s not so easy against man marking either.” Regarding the controversial 1-1, he said: “Rashford was offside, he irritated our keeper and our defenders.”

At the beginning of the second half, Man City increasingly relied on crosses through playmaker Kevin De Bruyne. After Bernardo Silva (53.) unselfishly tried to cross the far post, Grealish used his first opportunity of the game.

United’s equalizer was only given after video evidence. Portugal’s Fernandes converted a through ball that was blocked by Rashford, who was offside. The linesman initially ruled offside, but was then overruled by the VAR. Rashford struck from close range two minutes later after a strong assist from Alejandro Garnacho.