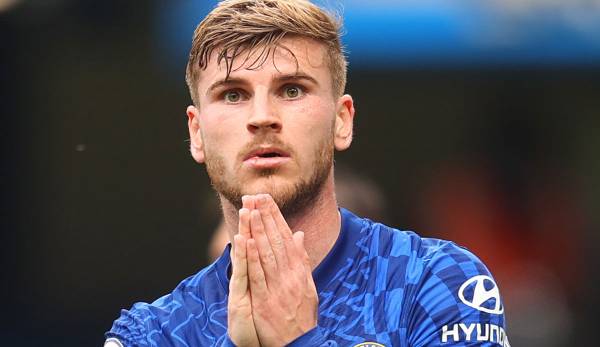 Will Timo Werner change within the Premier League? In any case, expert Alan Hutton can certainly imagine that and has now named a possible new employer for the German international.

If Hutton (37) has his way, Timo Werner (26) would be in the best of hands with none other than Jürgen Klopp and Liverpool FC. Hutton said that Football Insider: “I think Werner can give something to Liverpool with his pace and his tricks. I think he could fit into the system. If you look at how Liverpool have played under Klopp over the past few years, Werner is the kind of winger that von pulls the outside in and then it’s just better.”

According to Hutton, Werner would be a suitable successor to Sadio Mane, who switched to Bayern Munich.

“I don’t think Werner is an outspoken number 9, he misses too many chances for that. But he’s a problem on the wing, a problem for defenders, much like Sadio Mane was. And his exit might leave room for someone like that Werner,” added Hutton.

However, Hutton also admitted: “I would be very surprised if Chelsea let him go. With Romelu Lukaku (to Inter Milan, ed.) also leaving, they won’t let another striker go, so I can don’t imagine that.”

Timo Werner: In exchange for Juventus?

Werner’s contract with the Blues runs until 2025 and there have recently been rumors of a barter deal that saw him as a barter for defender Matthijs De Ligt at Juventus. How realistic this is, however, is unclear.

Werner moved from Leipzig to Chelsea in 2020. At that time, the DFB kicker was also associated with Liverpool.

Hutton, on the other hand, is a former defender who has 50 caps for Scotland and has played in the Premier League for Tottenham Hotspur and Aston Villa, among others. These days he works as an expert.