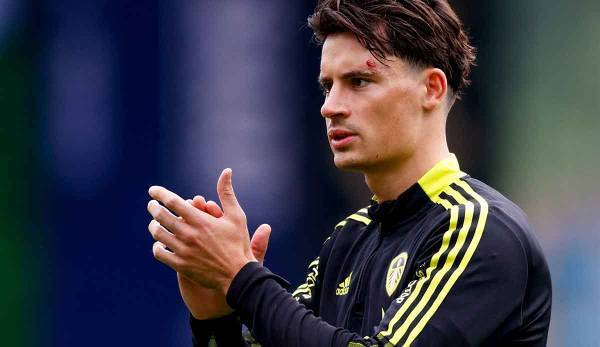 Robin Koch is entering his third season for Leeds United. Before the start of the season, the 26-year-old central defender comments SPOX and GOAL about the old and the new coach as well as Raphinha, who moved to FC Barcelona.

Marcelo Bielsa led Leeds United to promotion to the Premier League and then to ninth place. Last season, however, the club was in danger of relegation, after which Bielsa was sacked at the end of February and replaced by Jesse Marsch. “Marcelo Bielsa was and still is a legend here,” says Koch. The separation from the successful coach was “an emotional situation for everyone involved”.

Bielsa’s successor Marsch then led the team to stay up. “It’s a different training and also a different style of play,” explains Koch. “He talks to us a lot, communicates with everyone. He’s really a very open guy and also just a top football coach. I get along with him very well.”

But there have been major changes at Leeds not only in the coaching position, but also in the squad: with Kalvin Philipps (49 million euros to Manchester City) and Raphinha (58 million euros to FC Barcelona), the two best players left the club. Above all, the farewell of the Brazilian offensive player, who scored 14 points in the last Premier League season, weighs heavily. “I’ve rarely trained with such a strong attacking player. He will certainly be successful in Barcelona too,” says Koch.

Robin Koch on Marc Roca and the national team

To absorb the departures, Leeds have already spent 106 million euros on new players – the fourth most in the world after Arsenal, FC Bayern Munich and Manchester City. In addition to the Marsch pupils Brenden Aaronson, Rasmus Kristensen (both RB Salzburg) and Tyler Adams (RB Leipzig) Marc Roca from FC Bayern was also committed. According to Koch, the midfielder has “made a good impression” so far. During his two years in Munich, Roca had hardly convinced.

Most recently, Leeds in Australia prepared for the new season. As one of only a few players, Koch was in the starting line-up for all four friendlies (two wins, one draw, one defeat). “I want to take responsibility and lead the way,” says Koch, who also wants to “return to the national team as soon as possible.” Due to a bruised pubic bone, which cost him almost the entire first half of last season, he has not been called up since the 2021 European Championship.