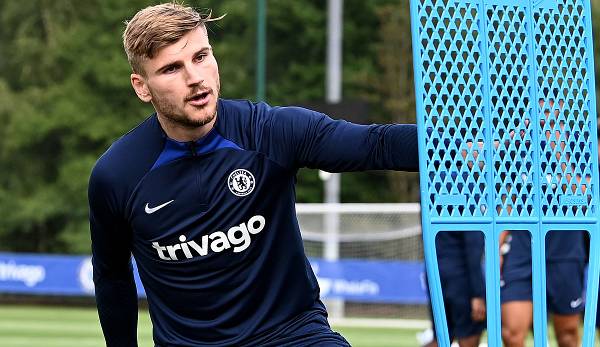 Michael Ballack has clearly criticized Timo Werner from Chelsea. The national player lacks “the elbow mentality” and he “surrenders to his fate”.

“Timo has been further than he is now. We’re talking about personality and character. It was a courageous step to go to Chelsea knowing what kind of environment awaited him. He hasn’t yet managed to assert himself.” said Ballack, who wore the Blues jersey himself between 2006 and 2010, at a DAZN media round.

“It is important that he mentally internalizes the claim,” said the 45-year-old: “He seems like a nice guy to me, but he has to try to flip the switch – that he believes in himself again: he has what it takes, but I lack the elbow mentality. That’s too good for me, he surrenders to his fate. If that doesn’t change, he’ll continue to have a hard time.”

Werner was also close to being the undisputed striker in the national team, Ballack explained. But the 26-year-old lost this position. Now it’s about rebuilding this mental strength.

Werner’s contract with Chelsea runs until 2025. However, there has been speculation for weeks about an early departure. Most recently, his ex-club RB Leipzig made a move. Chelsea don’t want to let the native of Stuttgart go.

The German international had recently declared that he wanted to play more “to be in good shape for the World Cup and also have a chance to play at the World Cup”.

Coach Thomas Tuchel’s incomprehensible reaction was not long in coming: “I’m surprised I would be very happy as a young guy with a Chelsea contract. I would be one of the happiest people on the planet.”