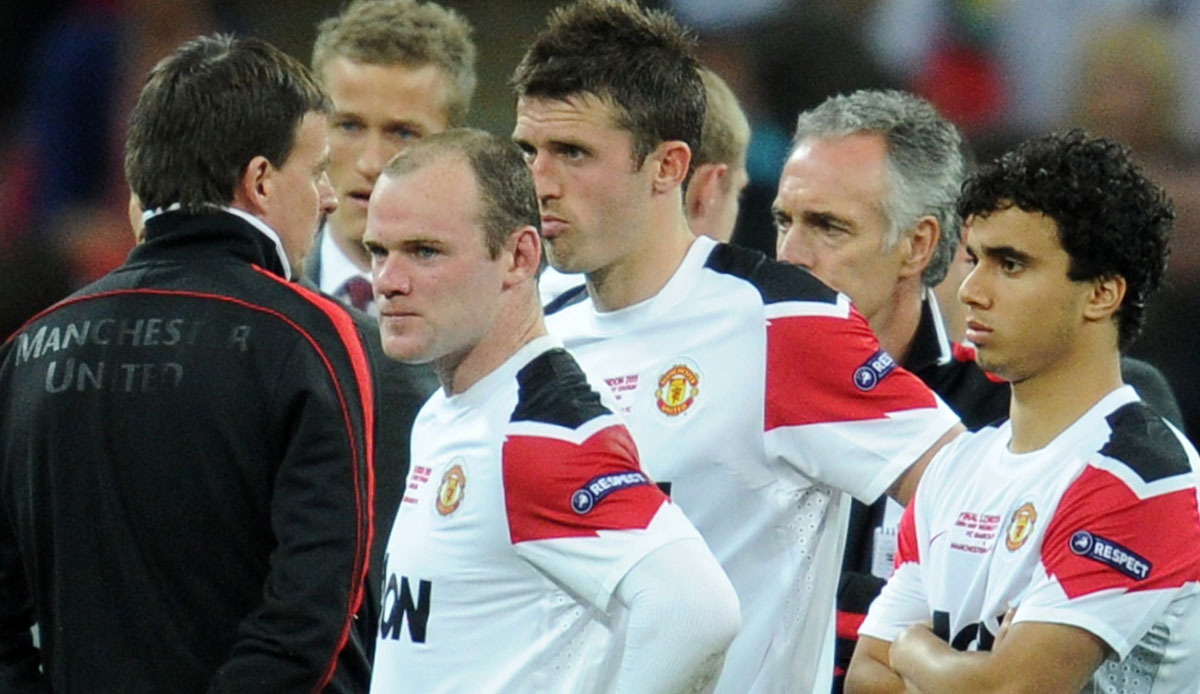 In the 2011 Champions League final, Rooney suffered what was probably one of his most bitter defeats. Still, he has a memento.

When football lovers talk about teams they have been particularly excited about, many cite Barcelona, ​​which dominated and shaped European football between 2008 and 2012 under Pep Guardiola.

The Catalans were not only very successful in those years, but also played with a style that regularly made spectators click their tongues, which thought the game in a new direction. Xavi, Andrés Iniesta, Lionel Messi and Co. played mainly simply, but ingeniously and just so beautifully to look at – and then again and again interspersed actions that were just bursting with magic.

At the time, games against Barça were not necessarily subject to entertainment tax for the opponents, as the saying goes. Wayne Rooney can sing a song about it, having scored twice with Manchester United in 2009 and 2011 in what is probably the biggest game in club football against Guardiola’s almost overwhelming Barcelona.

The 2011 final in particular went down in history as one of the best games ever played by a team. In the end, Barcelona “only” won 3-1, but United didn’t have the slightest chance and simply ran behind in large parts of the game. Messi and Co. were almost always at least one step ahead of the English – and had the gift of putting their faster thinking into practice with their feet.

Rooney, who scored 1-1 after 34 minutes on May 28, 2011 at London’s Wembley Stadium, was of course inconsolable after the bitter defeat. And yet the then 25-year-old Englishman initiated a very remarkable campaign.

“Only once in my career did I take home the ball without getting it for scoring a hat trick,” Rooney wrote in the Times. Barcelona put on “one of the best team performances I’ve ever seen” in that final, the former world-class striker continued.

Rooney reveals: ‘I asked her to sign at the prom’

He was so impressed that shortly after the final whistle he grabbed the match ball and suddenly he was no longer a superstar but an autograph hunter: “I was looking for Lionel Messi, David Villa and Pedro – Barcelona’s goalscorers. I asked them to sign on the ball and as the scorer of United’s goal, I put my own signature on it too. The ball is still in my house.”

Rooney also explained why he acted the way he did on that historic night in late May 2011: “We had lost a final and I was devastated. But at the same time I felt like I was part of something special. The feeling of taking the place with some of the greatest players to have ever played. Barcelona were incredible and Messi was the catalyst for everything.”